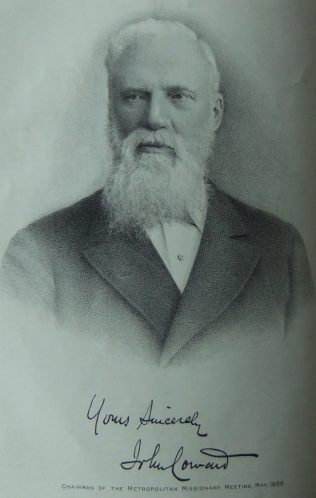 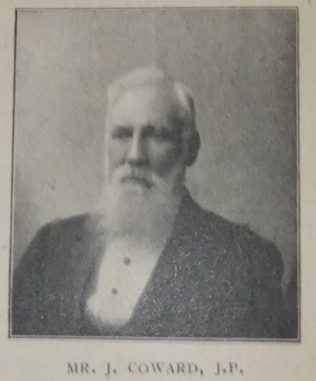 John was born abt 1832 in Durham to parents George and Elizabeth. He was a third generation Primitive Methodist. His grandmother was among the first to associate with Primitive Methodism when missionaries visited Durham. John’s father, George was influential in building up the Primitive Methodist church in the villages of east Durham.

Favoured in circumstances, John had leisure time to be able to devote much time to Christian and philanthropic work.

In Durham, John took a prominent part in securing the Shakespeare Pubic House in Northgate and converting it to a Temperance House.

John was appointed as a magistrate circa 1887 and shortly afterwards a Guardian of the Poor. He was also a member of the City Council.

John was Treasurer of the Durham Miners Federation for some time and was Chairman of the local Liberal Association. He took an active part on the old Mechanics Institute taking in turn the roles of secretary, treasurer and president.

John was a local preacher. He was a member of several district committees and represented his district at conference. In 1887 John was elected Vice President of Conference.

John was Chairman of the Metropolitan Mission Meeting in 1889.

John was a director of the Connexional Insurance Company for 32 years and Chairman for 25 years. He was also a Trustee and Treasurer of Elmfield College, a Trustee for the Manchester Institute and the Connexional Orphanage.

He was a member of the General Committee and General Mission Committee. In 1888 he was elected as a Connexional auditor by Conference.

John’s obituary records that he travelled over 200,000 thousand miles on connexional business, preached over 1500 sermons and lectured over 600 times.