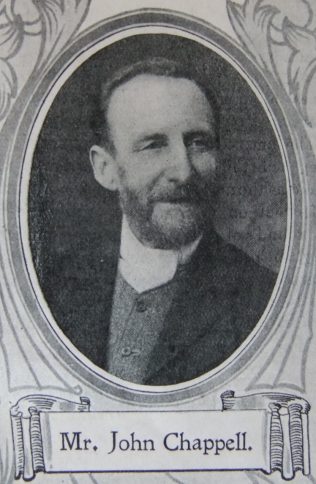 The senior Steward of Stewkley Circuit is a loyal Primitive Methodist. In all that concerns the warfare (welfare?) of his church he is deeply interested. As Class Leader, Temperance Worker, Trust Treasurer, and Steward, he has rendered invaluable service. In spite of early disadvantages he has prospered in his worldly affairs. In all his prosperity the church has shared. He possesses not only the sympathetic heart, but the liberal hand.

Outside the church honours have come to him. He has represented his native parish on the Rural District Council, and is at present a member of the Parish Council. All his family are identified with us in church fellowship.

We sincerely pray for him length of days and more abundant usefulness. May his eventide be bright – “bright with all the promise God.”

John was born abt 1845 at Stewkley, Buckinghamshire, to parents Bernard and Mirriham. Bernard worked the land.