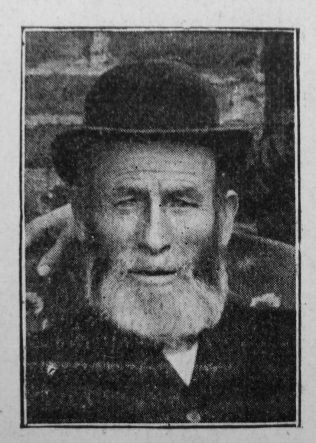 Transcription of Obituary in the Primitive Methodist Magazine by J. Wilson

Mr. Clarke was born at Fishlake, on Feb. 21st, 1835, and spent the greater part of his life in the same neighbourhood.

For some years his residence was at Sykehouse, during which time a very gracious revival of religion took place, and in this revival Mr. Clarke took a deep interest. That he was a member and local preacher in our Church for many years is clear from the fact, that at the time of his death and for a number of years before his name stood at the top of the list of local preachers on the plan of his station.

His regular attendance at the public means of grace both on Sundays and week evenings, was well known and highly thought of by the ministers and local preachers who conducted services in the chapel in which he worshipped. His generosity as shown by his giving to assist God’s cause was a fine example to all.

His high esteem of ministers of the Gospel was a very prominent feature in his case, and especially the ministers of long ago; such devout and useful ministers of Jesus Christ as Thomas Kendall, James T. Shepherd, Thomas Newsome, and Thomas Whittaker, holding a very high place in his thought and feeling.

The writer of this memoir for six years consecutively travelled in the Doncaster second station, and as often as he visited Fishlake found a very hospitable home in the house of Mr. Clarke and can testify concerning the kindness extended to him by Mr. and Mrs. Clarke and their household.

He was a man who loved his Bible, and during the visits of the preachers delighted in Bible reading and in adding to his stock of Bible truth.

His regard for prayer was commensurate with his regard for the Bible, and nothing seemed to delight him more than (after meals) to gather his numerous family for prayer.

His protracted affliction gave him opportunity for quiet meditation, and we doubt not that as far as his severe affliction allowed he used his opportunity well, and left a good hope that when death came he departed to be with Christ.

May his widow, sons and daughters meet their loved one in the home in which “There shall be no more death, neither sorrow, nor crying, neither shall there be any more pain; for the former things are passed away.”

Joseph was baptised on 1 March 1835 at Fishlake, Yorkshire. His parents were Thomas, an agricultural labourer, and Mary.