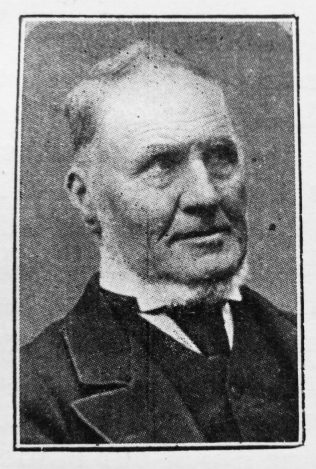 Transcription of Obituary in the Primitive Methodist Magazine by C.F.G. (Charles Frederick Gill)

In the passing of William Clay to the higher life, the Long Eaton Circuit has lost one of its best and truest workers. He became a member of our Church in 1845 at New Stapleford, but removed in 1846 to Long Eaton, then a small village. Finding no Primitive Methodist cause he began to preach in the open air, and thus laid the foundation of Long Eaton Primitive Methodism. During his membership of nearly 60 years he rendered excellent service to this Circuit and the Circuits with which he was associated as local preacher, class leader and trustee. As a man he was greatly beloved by all, possessing a tenderness of heart which made him a source of comfort in the hour of trouble. Of him it could be truly said, “He was gracious, and full of compassion.”

The chief desire of his life was to see men and women brought to a knowledge of the saving power of Jesus Christ, and he found his greatest joy in any service he could render to secure the extension of the kingdom of Jesus Christ. With great delight he would talk about the Mission Services he had conducted in several Circuits in the District, and of those who by that means had been led to accept Jesus Christ as their Saviour.

At the Conference held at Birmingham in 1904 he was elected a Deed Poll Member. A few months after he was compelled to undergo an eye operation. During the painful illness which followed he delighted to talk about the old days of service, and often expressed a wish that he might be spared to do a little more work for God. But it soon became apparent that his long day’s work was about to end, and he passed peacefully away November 13th, 1905.

His devotion to the Church of his choice; his ready and willing service remains an inspiration to all who have known him. We think of him as one who having faithfully served his generation by the will of God entered into the rest of God‘s people to dwell in the joy of the Saviour he loved so well.

A large congregation attended the funeral service held in Bourne Church, Long Eaton, which included many friends from several Circuits in the Nottingham District, the Revs. John Wenn, E. Hancox, C.Tinn, F.W. Beal assisting in the service conducted by the writer. His widow, who for 60 years was a true helpmeet in the service he rendered, now awaits in loneliness the reunion which the flight of the years must soon bring. We earnestly pray that she may realize in God’s presence her comfort and strength.

William was baptised on 14 January 1827 at All Saints, Strelley, Nottinghamshire. His parents were Samuel and Lucy.

William married Zillah Whittaker (abt 1822-1909) in late 1844 in the Basford Registration District, Nottinghamshire.