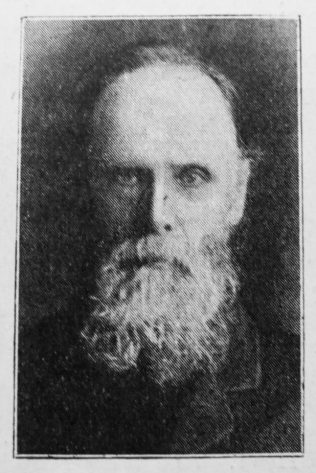 Transcription of Obituary in the Primitive Methodist Magazine by James E. Everitt

William Deakin was born in days that were much harder than the present for working people. Blessings that have since come in various food, education, and labour laws were hardly thought of when he was carried on his father’s shoulders in the cold winter’s mornings long before daybreak, to work in the mines. He was seven years of age at that time, having first seen the light at Huntingdon, near Wellington, Salop, in 1832. His education was given by an old lady in a night school in a neighbouring village. He was fond of reading and never ceased learning. Then this hard life was lightened by two great blessings. At the age of twenty-three he married the excellent wife who survives him. Two years after he became converted under the ministry of the Rev. George Middleton, now of Bourne College, who was at that time second minister in the Dawley Circuit, under the Superintendency of the late Rev. J.P. Langham. Another year saw our brother on the circuit plan. This work he continued to the end. He never neglected an appointment except for ill-health.

His house was a “preacher’s home.” For many years he discharged the additional duties of class leader and society steward. He was a pleasant, peaceable, intelligent man of God. He was a convinced Primitive Methodist and a staunch Radical, but he was on very good terms with the local vicar who was neither. I never heard a word of complaint about suffering from him. He died on February 15th, and was buried in the Dawley churchyard, the vicar and I sharing the service. The sorrowing widow needs our prayers. One morning her husband was seized with sudden illness and in a few hours lay dead. In less than a fortnight she had buried her husband and had left the home in which she was born, married, and had lived for half a century.

William was baptised on 23 October 1831 at Wellington, Shropshire. His parents were Joseph and Emma.

He spent his working life as a coal miner.