One of the early women preachers and protege of Hugh Bourne 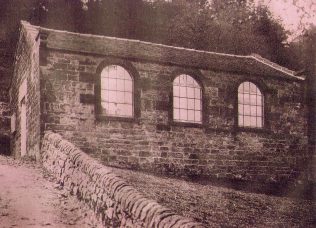 zoom
Cloud Chapel: Elizabeth was one of the first members.

Elizabeth Dakin was baptised in October 1793 at Rushton Spencer Staffordshire, but having been born at Lane End farm, the family moved to the adjacent Ashmore House farm, which was to be her home till her father’s death in 1831. This farm was for a time a preaching place for the Wesleyan’s of the Leek circuit, but then became a regular preaching place for the leaders of Primitive Methodism, Hugh and James Bourne and James Crawfoot. It is clear that the family as a whole, and Elizabeth in particular were intimately woven into the tapestry of the early years of the connexion. This is demonstrated by the fact that three of Elizabeth’s family were the subjects of memoirs in the first issues of the Primitive Methodist magazine, her sister Mary in 1819, her sister in law Elizabeth Dakin, and her mother Rebecca in 1822.

The outcome was that as Hugh Bourne recorded in his journal for April 25 1811 on a visit to Ashmore House, how “we had four set at liberty”, one of whom was Rebecca and two others her daughters Mary and Elizabeth.

Hugh Bourne says Mary and Elizabeth took upon themselves care of the infant Cloud society, and Elizabeth progressed to respond to the call to preach. In the memoir of Mary, Bourne wrote “during the time of her affliction (summer 1813 to summer 1814) Elizabeth was called upon to speak in public, and soon took regular appointments. Mary was very desirous to hear her sister preach, therefore to accommodate her, a meeting was appointed at their father’s house. Elizabeth thought it a trial: but Mary was satisfied, and approved of her sister’s course.” Elizabeth preached at the May 1814 Cloud camp meeting, in May 1818 at the Norton camp meeting, and at the opening of the new room at Congleton in November 1820. James Bonsor wrote “At two Elizabeth Dakin preached and opened the room they have taken. It was a good time. It was full, and the room above was nearly full. The Lord poured His spirit down. Sinners were awakened, and cried for mercy.”

The death of her father whom she cared for caused a crisis, but she married in 1837 at the age of 43, to a man aged 34. Her husband George Harvey had been converted at a Primitive Methodist class meeting at Lask Edge, but was a member at the Wesleyan chapel, Gratton, Horton. His 1861 obituary detailed how “during his membership with that church, he met with Miss. E. Dakin -and while listening to the word of life proclaimed by her, the inward resolve was made that, she being willing, they would unite their future destinies, and fight the battle of life together.”

Marriage took them to Cheshire, first with the Wesleyans at Hough, then in 1845 to The Oak Farm at Broomhall, where she and George joined with the Broomhall and Sound Primitives. Though she appears to have stopped preaching on the move, their farm became a preaching place- by Hugh Bourne himself on 28 April 1847 when “Mr Harvey’s house was filled.” It also became a centre for temperance activity.

George predeceased Elizabeth, and after 1861 she remained in the locality returning to live with relatives to Dove House farm, Hough where she and George had first moved to in 1837. She died at Shavington in March 1879, aged 86.

Walford had commented on the ‘staunch support’ Elizabeth provided to the Burland circuit, and how she held ‘her even course to the better world.’