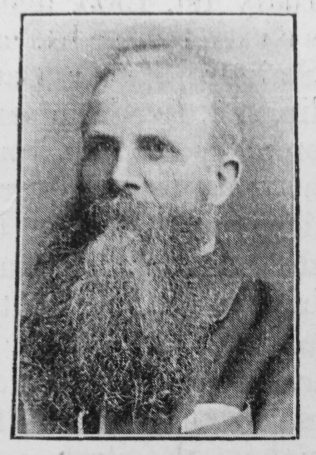 Transcription of Obituary in the Primitive Methodist Magazine by P. Maynard

The London Street Church in the Reading Circuit is distinctly poorer by the loss of our beloved and honoured brother, Frederick Dix. He was so intimately associated with all that is best in our church life, he was so ready to render any service within his power, and to hearten those who helped him or performed duties he could not undertake. But the loss is still greater in the home, where the bereaved widow, the daughter who was his tender and faithful nurse, and the sadly afflicted sons, miss his cheery presence and essential help. He was born in the old Wiltshire town of Devizes sixty-two years ago, but came to Reading at nine years of age. He at once began to attend the Minster Street Sunday School, and in due course was apprenticed with that revered patriarch of Reading Primitive Methodism, the late Mr. Jesse Herbert. He changed his occupation however, and for more than thirty years worked in the biscuit factory belonging to Messrs. Huntley and Palmer. He was converted and joined the Church while quite a youth. Being of a quiet and retiring disposition he would never push himself to the front, but his consistent character and sterling manhood won the deep respect of his fellow-workmen, and his worth came gradually to be recognised in the Church of his choice. He was a trustee of London Street, and for many years represented that body in the Circuit Quarterly meeting. He was a life-long total abstainer, and proved the value of that policy to himself and others. His love of children was a marked feature of his character. They could never escape his notice, and learned speedily to trust and love him. After a long and very trying illness, borne with exemplary fortitude, he passed from us to be with God, on February 18th, 1905. He was laid to rest amid many signs of the respect in which he was held by the ministers of the circuit.

Frederick was born abt 1842 at Devizes to parents William and Esther. In 1851, Esther, a widow, is identified as a nurse.