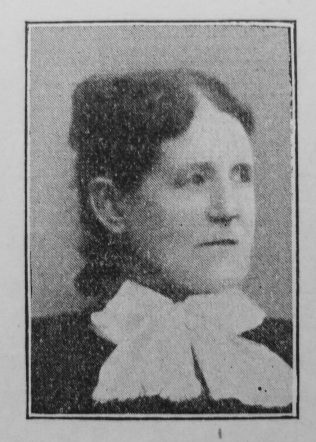 Transcription of Obituary in the Primitive Methodist Magazine by J.T.E.

Suddenly on April 12th, 1904, the beloved wife of Mr. J.W. Drake, of Sheffield, passed to the Father’s House. For nearly forty years she had made a good confession. Positive in her experience of Divine grace, untiring in her service for the Lord, unbroken in her Communion, she graduated in the “school of her beloved Master” for the greater service and fulness of life of the heavenly Canaan. “Absent from the body. Present with the Lord.” The testimony of her life makes this unmistakable.

A native of Leeds, a born Primitive Methodist, throughout her life an enthusiast for our church. When about sixteen years of age, in 1866, she openly came out for Christ, thus translating the impressions of the earlier years.

From that time increasingly, until incapacitated by sickness, with remarkable energy, flaming zeal, and blessed results she testified and laboured unto the extension of our Lord’s kingdom. Whatever the cares of the family, the duties of the day, the trials of the hour, the Lord’s work must be done. None more resolute to serve; none more desirous to build up the church and to reach the masses than she.

In the home she worshipped. Her path was often stony and sore to the feet, but it was accompanied to the end by a sweet stream to which she turned aside for refreshment and strength. Her husband bears testimony to the inspiration and strength of her spiritual home influence. Her children have learned the songs of Zion from mother and now find a home in the Church because mother established a Church in the home. “I thank God because He does answer my prayer. My children will all rejoice in the Lord,” thus she spoke. “God does bless.” “He indeed is with me.” “His will is ever best.”

For a number of years the sphere of service was the Sheffield Seventh Circuit. Abundant testimony is given to the arduous toil of Mrs. Drake in conjunction with her husband at the Langsett Road Church. Thriving class meetings, successful open-air services, soul-saving cottage meetings, – in these and other ways splendid services were rendered. They were days of abundant blessing. To the last, Mrs. Drake spoke of them with gratitude.

At the request of the circuit authorities Mr. Drake took charge of the Woodland View Society, and here his beloved wife was enabled to render most efficient service. She raised a Society Class, established a Temperance Society, organised a visiting Committee, got up bazaars, etc., and in mission work and social work was owned by God to the reclamation of the fallen and the brightening of many a home. Many of the local churches are to-day the richer for the work done at Woodland View.

While concerned primarily for the weal of our Church she was by no means limited in outlook or narrowed in sympathy. The condition of the masses, the drink problem, and the evangelisation of the heathen – briefly national regeneration and the world’s knowledge of the gospel – engaged her attention. She was public spirited, and sometimes grew restive at the apparent failure of the Church to win the masses and effect the removal of national abuses. For years she attended the United African Missionary Meeting, gave liberally and inspired others with her enthusiasm.

She attributed the prosperity with which they have been blessed as a family unto the Lord, and delighted to look upon all things as belonging to the kingdom of God. But a few days before she “crossed the bar” she heartily joined with the family in singing one of her favourite hymns:
“For the love of God is broader
Than the measures of man’s mind,
And the heart of the eternal
Is most wonderfully kind.”

Friday, April 15th, away from “the noise and soot of smoky ironopolis,” and not far distant from their beautiful “Fern Bank” residence, in the Loxley Cemetery, her remains were laid to rest. But our comfort is that she is “For ever with the Lord.”

The funeral sermon was preached in the Woodland View Chapel by the Rev. J.T. Ecob.

“She rests from her labours, but lives in the memories and hearts of a loving family and grateful church.”

Isabella was born in the spring of 1850 at Leeds, Yorkshire, to parents Joseph. A cloth dresser, and Hannah.

Before her marriage Isabella worked as a “tyer on” in a textile mill.

John married Isabel Ince Tindle in 1907 at Selby, Yorkshire. They went on to have further children.