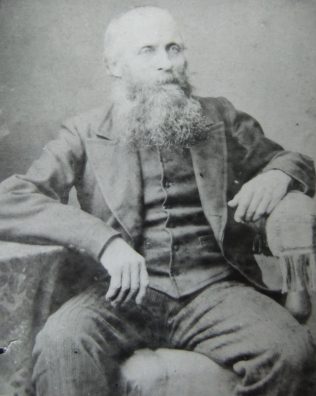 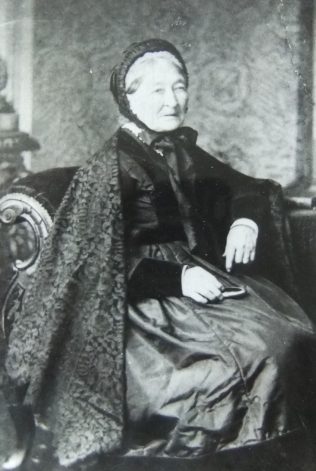 John Denham was born at South Side on 18 December 1818 and baptised on 21 February 1819 at Cockfield. South Side is a small community just north of Butterknowle to the west of Bishop Auckland. It lies between the valleys of the  Wear and Tees.  His parents were John and Ann Denham. His father, John , was a coal miner who died when John was 16 and John became the main support for his mother and younger siblings. The family was originally from Bowes in North Yorkshire where John’s grandfather had been a shoe maker (George Deanham).

Around the age of 16 John joined with the Primitive Methodists and was a member with the society at South Side for thirty years. He became a local preacher and class leader at the age of 20.

He walked and rode long journeys to preach. Once when conducting service in the open air service at Ingleton, the clergyman sent a policeman to forbid them to preach there but he told the policeman to go away as they were on private property, so they had no more annoyance from that source.

John married Martha Bell Nicholson, the daughter of James Nicholson and Martha Bell, at Hamsterley on 9 September 1839. At the time of his marriage John is described as a pitman.

The 1841 census records John and Martha at Turf Moor, Lynsack and Softley, with John’s identified  as a Coal Miner. In 1851 the family is at Rowntree, Evenwood and Barony, and John is a farmer. In 1861, his occupation is given as coal miner and farmer of 40 acres.

By 1871, John is living at Escomb in the Wear Valley and working as a colliery overman. He had charge of the George Pit under the Etherley Coal Company. During his time at Escomb, he connected with the Etherley Dene PM Society. Whilst a member of that society , a new chapel was built.

By 1881 the family had moved to Newton Cap, closer to Bishop Auckland, where John is a Colliery Manager, working for the same company. He was again involved with the building of a new chapel at Newton Cap. The 1891 census records his address as 14 Pit Row, Toronto, Newton Cap.

He retired in 1892 and moved to Station Rd, Middleton St George, Darlington. John died after a short illness on 10 February 1896. He was buried at Etherley.

John and Martha had seven known children. When the family moved to Escomb, some of the children remained to continue farming in the Lynesack and Softley area with John’s mother Ann. John’s wife, Martha, died on 10 July 1885 at Toronto, Newton Cap.

John’s obituary published in the Primitive Methodist Magazine was written by his son John Donkin Denham.