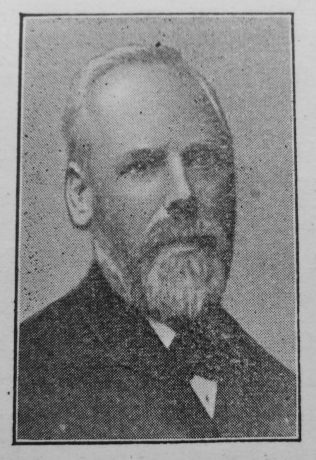 Transcription of Obituary in the Primitive Methodist Magazine by Wm. Shipley

In the death of Mr. John Dickinson our Society at Kirkby Stephen has suffered a severe blow, the Brough Circuit a real bereavement, and local Nonconformity a keenly felt loss.

Few men, if any, have done more for the extension and consolidation of Primitive Methodism in the County of Westmoreland than the deceased. Converted when young, he straightway became an interested and active worker. The various offices of Sunday School superintendent, class leader, chapel treasurer, local preacher, and circuit steward (for twenty years), all fell to him. And the duties of these offices be discharged in no perfunctory manner; but like the good king of olden time “with all his heart.” He was also a trustee for practically all the Primitive Methodist churches for miles round.

Being obliging, diligent, and capable, he built up a large and prosperous business; but never allowed his business to prevent him from discharging his duties to his church, such as attendance at week night prayer meeting and preaching service.

To the business men of our church he set a fine example in this matter. Emerson speaks of the good man as “the conscience of the village in which he lives,” and in no small degree the deceased contributed to the conscience of the little market town in which he lived. For over forty years he tramped, with unwearying zeal, the dales and moors of the Brough Circuit – (One of the widest in the Connexion, touching on three counties) – with the message of the Cross, and often delivered that message to a very small congregation, after travelling many miles. But the smallness of the audience did not deter him from a faithful discharge of his duty. He was one of the makers of rural Primitive Methodism in the County of Westmoreland, and no one had an intenser regard for the small village Society than he.

He was a man of a fine conscientiousness and of a consistent blameless life; sensitive in disposition, equable in temperament, cordial and cheerful in manner, gentle in word and generous in act.
“Sweet promptings unto kindest deeds were in his very look,
And the blessings of his quiet life fell on us like the dew.”

In official matters he was retiring, always being anxious to advance others, and always willing to take a back seat himself. In politics he was an ardent and lifelong Liberal. His name is revered throughout the length and breadth of the Brough Circuit, which circuit feels that “taking him all for all,” it will be long before it “looks on his like again.”

He took a real interest in the business of his district, and was twice elected to represent it in Conference.

The Ministers of the Connexion were among his heroes, and many of them were his close personal friends. He was profoundly interested in his church and nothing gave him greater pain than a lack of loyalty on the part of its members. Though our church in Kirkby Stephen forty years ago occupied a very humble, not to say obscure position, he was never ashamed of it, and any overtures to join any other church always met with a quick rebuff.

In the recent erection of our new and handsome church at Kirkby Stephen he took a deep interest, and it was in fact largely owing to his Christian sagacity and liberal support that it was secured. Very appropriately it has been determined to call it the “John Dickinson Memorial Church.”

In his domestic relationships he was very happy, and his wife being equally with himself, hospitable and kind, an open house was kept for the preachers, and seldom a Sunday passed without one of them being entertained in the home. The family altar was regularly honoured, and the lessons of the “Prayer and Scripture Union” used. To the education of his son and daughter he gave great attention, especially to their moral training, and the former was one of his chief companions, and from whom he was seldom separated on the Sabbath day.

His end came unexpectedly. He attended the chapel Anniversary Services on Easter Sunday apparently in his usual health, but they were the last Sunday services he ever attended, being taken ill during the following week. After two or three weeks’ rest he seemed to be improving, but on Sunday morning, May 14th, he became suddenly worse, and in a few minutes passed to the rest and reward of the good. Yes, just as the church bells were ringing for morning service, and people were wending their way to their various places of worship, he entered the Temple “not made with hands.”

Fitting references were made to his ascension during the day in the various churches, the parish church included.

His remains were laid to rest on Wednesday, May 17th, 1905, in the presence of 400 deeply affected and sympathising friends, who had come from all parts of the Circuit. The shops in the little market town were closed, and in many private houses the blinds were drawn during the hour of interment.

The funeral service was feelingly conducted by the Superintendent minister, the Rev. R.H. Auty. The Rev. J. Jackson – an ex-president of Conference – gave a brief address, and the Rev. W. Shipley, and the ministers of the town, also took part. As we turned from the grave we heard many saying,
“He was a noble soul,” “A friend most true.” “A helpful, sympathising friend.”

Though taken from us, his influence and teaching will remain an inspiration for many a day.
“There’s an inward spiritual speech,
That greets us still though mortal tongues be dust.”

His presence is sorely missed alike in the home and the church, but our consolation is that
“Death doth hide
But not divide.
He is but on Christ’s other side;
He is with Christ, and Christ with us,
In Christ united still we are.”

For his bereaved widow, son and daughter we pray God’s richest comfort.

John was baptised on 6 or 16 August 1840 at Kirkby Stephen. His parents were Thomas and Martha. Martha is a widow in 1851 working as an inn-keeper.

John worked as a boot and shoemaker.

Note: John is not a known relation to the author.