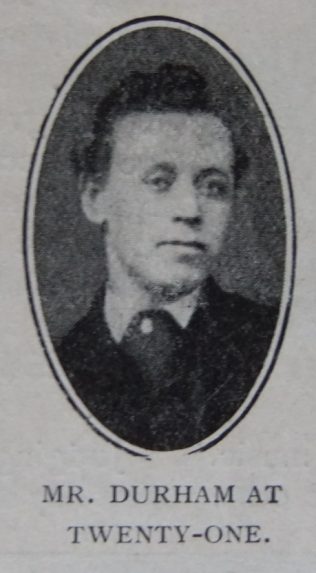 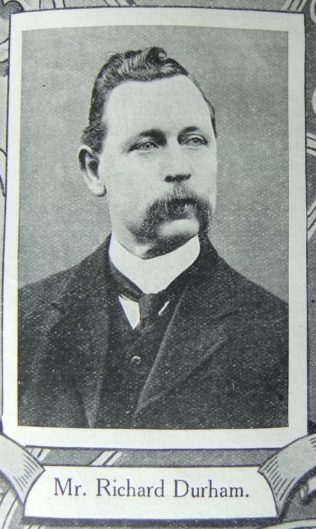 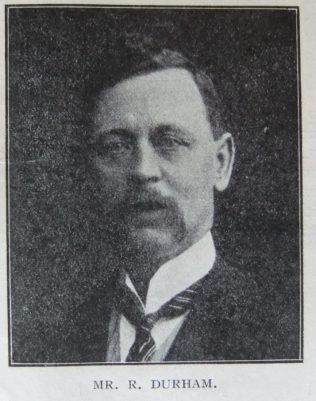 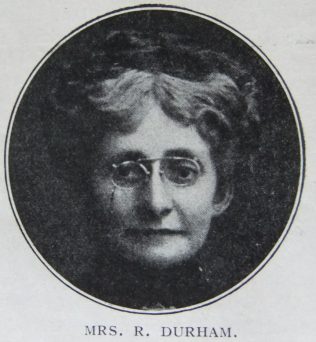 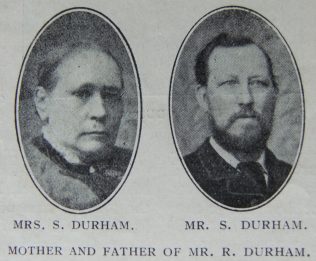 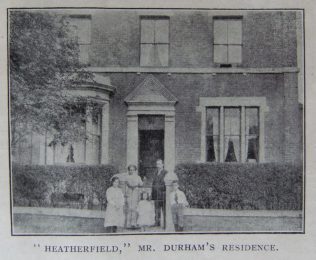 Mr. Richard Durham, though still happily in his prime, has been for 28 years a member of our church, and from the first has been a toiler. During the time that the late Rev. Hugh Gilmore exercised his well remembered ministry in the iron chapel which preceded the present commodious church in Fylde Road, Mr. Durham was Secretary of the Sunday School, in which he has always taken the deepest interest, and of which he now holds the Superintendency. In the same school he has been in turn Librarian, Organist, Treasurer, and Labourer in the Band of Hope. For a long period he was Church Steward, and for 14 years Secretary of the Trust Estate; this office he only laid down to accept that of Treasurer to the same estate. A consistent Christian gentleman, and loyal Primitive Methodist, with a kind heart and helpful hand, like his parents before him, he has contributed a large share of work in making Primitive Methodism what it is in Preston.

Richard was born in 1863 at Preston, Lancashire, to parents Samuel Durham and Hannah Ayres.

Samuel, a coal dealer, was an active local preacher, and he filled almost all the Circuit offices open to a layman. Hannah was a sister to Rev. Robert Ayres.

Richard had little schooling and added to his education by taking night classes.

Richard worked as a coal merchant.