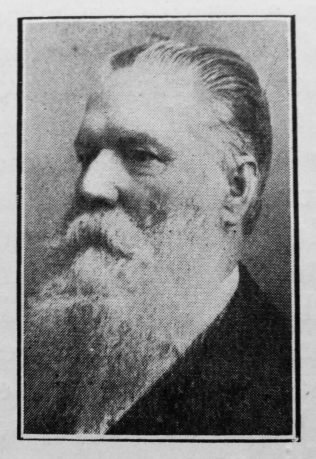 Transcription of Obituary in the Primitive Methodist Magazine by J.M.B.

On Saturday Aug. 25th, 1906, brother Oliver Eatough passed into the eternal home. From his earliest days he had been the subject of religious influence, for his mother consecrated him to God on the day that he was born, and he never remembered being any other than a child of God.

He received his first ticket of membership in the Primitive Methodist Church when he was five years old; a circumstance which he vividly remembered, to the last, and about which he often spoke with delight and gratitude.

In 1878, he removed from Whalley in Lancashire, to Sowerby Bridge, and here he rendered valuable service as treasurer of the Trust, Sunday School teacher, and local preacher.

Beginning at an early age, he had the joy of being an active worker in our church for over sixty years. An effective local preacher, in the course of fifty-eight years he preached more than one thousand sermons.

He did useful service as a member of the Hartley College Committee, and the Bradford and Halifax District Committee, and on two occasions he represented his district in Conference.

He was in “harness” when he died, for he preached till within a few weeks of his translation.

His mortal form was carried to the grave by six local preachers, his funeral being attended by many of his fellow-townsmen, representing institutions in whose interests he had laboured long and well.

He was buried in the Sowerby Bridge Cemetery, on Wednesday, August 29th, 1906. The Revs. J.M. Brown, J. Wilkinson, A. Baldwin, F.R.G.S., J. Fox (Baptist), D. Williams (Church of England), and Geo. Parkin (President of the Conference) sharing in the service in our own church and at the graveside.

On Sunday, September 2nd, the Rev. J.M. Brown conducted memorial services in the morning at Mytholmroyd, and in the evening at Sowerby Bridge, in the churches where he had so often declared the evangel of God.

Oliver was baptised on 14 November 1832 at St Mary & All Saints, Goodshaw, Lancashire. His parents were Richard, a watchman, and Mary.

He married Jane Lomax (1832-1912) in the spring of 1854 in the Haslingden Registration District, Lancashire. Census returns identify seven children.