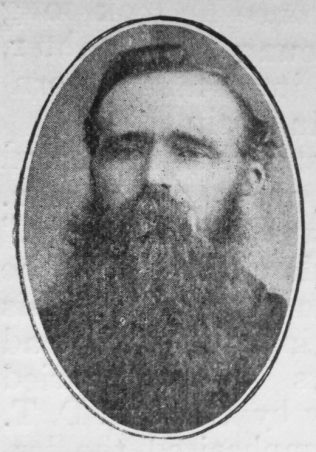 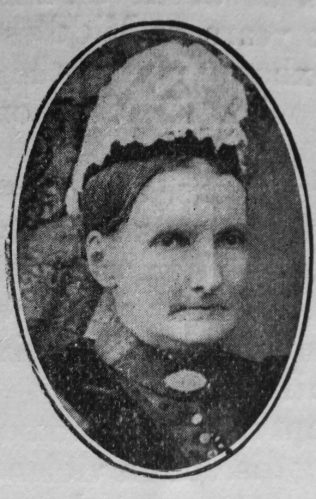 The Stanhope Society in the Westgate Circuit has sustained a great loss by the translation of two of its oldest and most useful members to the Homeland. For over forty years our friends were most consistent and loyal workers in this church, and as far as human labour goes it undoubtedly owes much of its present success to their heroic labours. Brother Elliott was no seeker after Connexional honours, but put his best work into the Church and town where he lived and toiled. He was for thirty years Sunday School superintendent at Stanhope, and was indeed a “model” one. He was most sympathetic in his dealing with young people, and many were moulded for righteousness through his kindly guidance. Some of the young men trained by him are now in our ministry, while many occupy positions of respect and trust, and all gratefully acknowledge their great indebtedness to him.

As a class leader he was always cheering, helpful, elevating, and ennobling. For many years he was Secretary to the Trustees, and the magnificent service rendered in that department will never be forgotten. He supported most generously not only his own church, but all Connexional institutions, and as he gave from the purest motives, many of his gifts were anonymous.

Sister Elliott was of a quiet, retiring disposition, and her goodness impressed you more each time you met her. She most loyally supported her husband in all good works. Their home was always open to the preachers, and many were the recipients of their hospitality. She was a most industrious worker in bazaars and all forms of church work, and gave and laboured most freely during her long connection with the Stanhope Society, and though laid aside for the last few years with a painful and mysterious disease, to the end she maintained the warmest interest in the welfare of Zion.

The home influence of our friends was gracious and sweet, and it is a joy to know that their children are treading in the footsteps of their sainted parents. The eldest son, Mr. William Elliott of Darlington, has long been a most useful and acceptable local preacher in our church.

In 1904, when our friends retired from business it was hoped that many years of rest and blessing were in store for both of them. But this was not to be. The last two years were full of sickness and pain. Often when very weak in the body our brother was found constant in the service of the church he loved, but it was apparent to all “that the silver cord was being loosed.” Soon the time came when both were laid aside, but Jesus was never more precious to them than in the days of their greatest pain and suffering.

It was a means of grace to visit them, and often we have been cheered and blessed by their patient trust and resignation to the will of God.

It was fitting that they should depart to the Homeland almost together, and on April 8th, 1906, Brother Elliott passed joyfully home, and seventeen days later his devoted wife peacefully departed to join him.

Both the funerals were largely attended, not only by Weardalians, but many friends came from all parts of the North of England to pay their last respects to these devoted servants of God. Many letters have been received from ministers and others bearing tribute to their worth and work, and we know that for long years to come their memory and service will be fragrant and sweet, and a great encouragement to all who knew and loved them.

John was born abt1834 at Stanhope, Weardale, Co. Durham, to parents Joseph, a lead miner, and Isabella.

Hannah was born abt1837 at Hunstonworth, Weardale, Co. Durham, to parents William, a lead miner (1841) and later a grocer, and Elizabeth. before her marriage she worked as a house keeper.

John and Hannah married on 22 May 1858 at Stanhope. Census returns identify four children.