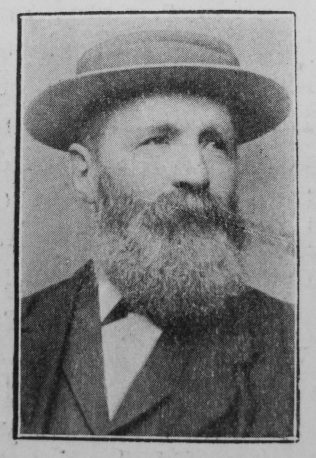 Transcription of Obituary in the Primitive Methodist Magazine by H.Y.

Mr. John Ellis, of Manchester Fourth Circuit, was born at Helsby, near Chester, in 1836. His father was a God-fearing farmer, and when a youth, John attended the Free Methodist Church, Frodsham, where he found the lady who afterwards became his wife, and helped him to find rest in a Saviour’s love. At twenty-one he removed to Manchester, and was associated with Upper Jackson Street United Methodist Free Church. The glowing enthusiasm of our Upper Moss Lane Church, however, attracted his ardent temperament, and when in 1877 he removed to another part of the city he joined our Higher Ardwick Church, remaining with it till his death.

He became a Sunday Schoo! teacher and class leader, but found his chief joy in conducting open air services. In 1889, during the ministry of Rev. T. Whittaker, D.D., he became a local preacher, and made an effective and successful messenger of the truth. For the last nine years he has been entrusted with the oversight of Gorton Brook, one of our oldest Societies in the city, and served as leader and Trust Treasurer till his death.

Mr. Ellis had an intelligent outlook on life and a firm experimental grip of the great Christian verities. His warm sympathetic nature loved to see the young life of the Church rooting itself deeply in the things of grace and truth. To see his family ardently attached to the Church and to have a son and son-in-law respected local preachers on the same plan was a great joy. He did much by his manly Christian bearing and goodness of heart to commend religion to others who were ever ready to acknowledge his worth, and to-day delight to pay a tribute of respect to his memory. He has well served his generation. On his death bed he desired his granddaughter to sing “The Better Land,” and shortly after he passed to the land that is fairer than day.

The funeral service was conducted on Easter Monday in Higher Ardwick Church, by Revs. H. Yooll, F.C. Challice, and W. Barker, and a large number of sorrowing friends followed our brother’s remains to their last resting place in Phillips Park Cemetery.

John was baptised on 20 November 1836 at Alvenley, Cheshire. His parents were William, a farmer, and Mary.

He married Elizabeth Nickson (abt1828-1894) in the spring of 1858 in the Runcorn Registration District, Cheshire. Census returns identify three children.