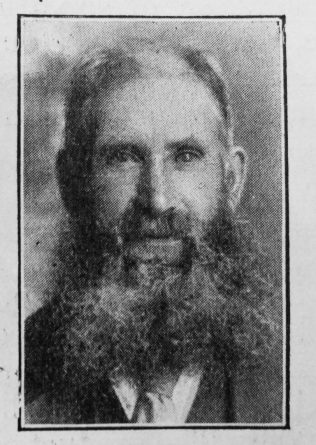 Transcription of Obituary in the Primitive Methodist Magazine by George B. Gleghorn

Born March 6th, 1841, Mr. Charles Ely passed away April 23rd, 1906. His parents were staunch Methodists, and had the joy of seeing their children devoted members of Society. Sent early to tend the sheep he had little schooling. At fourteen and a half he left home to fight the battle of life. He was converted at the age of twenty-four, and as he returned home singing “Am I a soldier of the Cross?” his wife said, “I do believe Charles has got converted.”

Twenty-eight years ago he removed to Ealing, and joined our little society there and helped to erect the old iron chapel. When finances were low, he agreed with five others to do the chapel cleaning. The others soon tired but he and another kept the place going. Twenty years ago an attack of typhoid weakened his constitution, and bronchial trouble followed, yet he remained regular in attendance on the House of God. He loved the class meeting and the prayer meeting! He anticipated the building of the new chapel with keen interest, and it was a great joy to see the opening services.

A serious operation, followed by a recurrence of his old trouble, ended his life. At his dying bed his family and friends sang “Rock of Ages” and in response to inquiries he said, “It will be all well when the mists have rolled away.”

The Rev. J.L. Williams writes: ‘‘I saw in him one of the earnest, faithful saints of God. How much I am indebted to his simple, kindly, sympathetic, laughing life, I know not.”