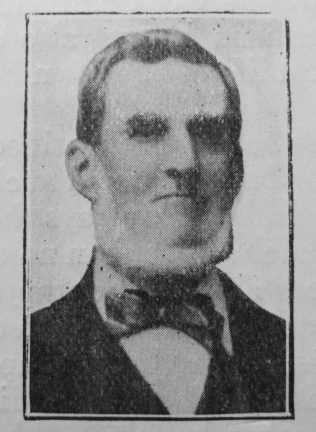 Transcription of Obituary in the Primitive Methodist Magazine by F.H.E.

William Evans was born at Pontesbury, Shropshire, Sept. 27th, 1840. His father and mother were members of our society at Pontesbury, and for many years his father was a local preacher and class leader. At the age of fifteen Brother Evans was converted and three years later was placed on the plan as a local preacher, in which capacity he served for 48 years. In 1873 he removed ta Longton and joined Sutherland Road society, where he became a Sunday School teacher, Class Leader and Society Steward. When he removed to our present church our brother shared the responsibility of the new enterprise and he is the first of the trustees to be called Home. Three years ago his active service was checked by a stroke that partially confined him to the house, and on Jan. 19th a second stroke occurred and his day’s work was done.

As a preacher his discourses were marked by rare originality and powerful expression. They manifested a clear perception of the deep things of God and a wide knowledge of the Bible. As an official his judgment was sound; his opinion always carried weight. As a man he was supremely cheerful; his sunny and buoyant disposition won him many friends. But it was in his ministries to the sick and sorrowful that our friend was seen at his best. From the deep recesses of his spiritual life he ministered comfort and hope to the suffering and the sad. All who knew Mr. Evans bear testimony to his earnest piety and deep concern for the welfare of our church, but the best testimony of all lies in the fact that his widow three sons and four daughters are all actively associated in the work of the Church.

William was born at Pontesbury, Shropshire to parents Benjamin, a lead miner, and Jane.

He married Emma Williams (1842-1922) in the spring of 1864 at Pontesbury, Shropshire. Census returns identify eight children.