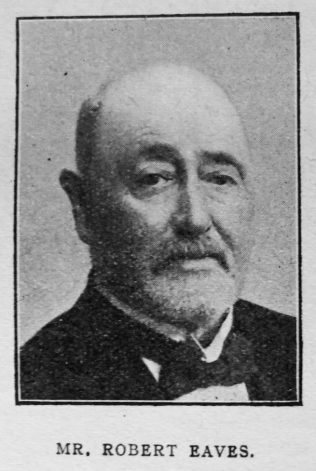 Transcription of a sketch in the Christian Messenger by Rev. James Burton

FLEETWOOD, in the Fylde district of Lancashire, appears on the map like an arm thrust out into the pleasant waters of Morecambe Bay. It is a town of comparatively recent growth. In 1840 the place was simply a sterile warren, when Sir Peter Hesketh conceived the idea of converting it into a seaport, and so true a pioneer was he that at the present time it is a favourite health resort with fine sea front, clean sands, and a pure and invigorating atmosphere, which makes it one of the healthiest towns in the kingdom. Its chief industry is fishing, with the allied trades. It is the Grimsby of the west coast, and its business prospects are exceedingly bright.

The introduction of Primitive Methodism into Fleetwood was made by a number of our people coming from Banks, near Southport, in a fishing smack. They arrived on Saturday, and on the following day conducted open-air services. A little later some Primitives came from Preston to Fleetwood for a day’s outing, and before leaving for home they held an open-air service. Eventually, in 1856, a small chapel was erected, and gradually but surely our church has continued to grow until to-day we have a magnificent school-church and a charming manse, both free from debt, and a site upon which to build a church and institute.

The old guard, who were the founders of our church in the town, have nearly all passed “within the veil,” but some links with former times remain, amongst whom an honoured place is rightly accorded to Mr. Robert Eaves, the present Circuit Steward. He has held that position for the past thirteen years. Never had circuit a more faithful steward, nor minister a truer friend than he. His parents formerly resided in the Over-Wyre district of the Fylde, and were attached to the Baptist Church. On removing to Fleetwood, where the Baptists were not represented, they fortunately united with our people, and remained loyal and true members up to the time of death. They were very strict in regard to their children’s attendance at the Sunday school and the services of the sanctuary; a discipline which to-day bears fruit in the fact that not only is our friend occupying the highest circuit position, but his brother John has been society steward at Fleetwood for over twenty-one years, his brother Richard is one of the trustees, his brother James being choirmaster at another of our churches in the circuit, and other members of the family are associated with our people at Fleetwood, Chorley and Walkden.

Mr. Robert Eaves, on leaving school, had a taste of farming for about two years, and afterwards followed the example of Peter and other of our Lord‘s disciples and became a fisherman, in which occupation he remained for seventeen years. During that time he qualified as a skipper, and holds the regulation certificate as such. Leaving the sea for health considerations, he entered business as a fish retailer and greengrocer, and his shop has a wide reputation for fair and upright dealing. Consequently he commands a large share of both the land and sea business, his customers being his best advertisers.

Whilst putting first things first, and being diligent in business, Mr. Eaves has not forgotten his obligation to the town and the State, and has sought to honour it. In the year 1905 he entered the Urban District Council, and after serving on some of its most important committees he was elected chairman in 1913.

In all the good work done by our friend it is only fair to say that it has been made possible by the self-sacrifice and encouragement given by his devoted wife, the eldest daughter of the late Mr. Evan Craine, who was for years the Society Steward and a Class Leader in our Church at Ramsey, Isle of Man. May they long be spared to each other and to the Church!

Robert was born in 1855 at Fleetwood, Lancashire, to parents Thomas and Gaskell. He was baptised on 16 March 1856 at Fleetwood. Thomas was a labourer.