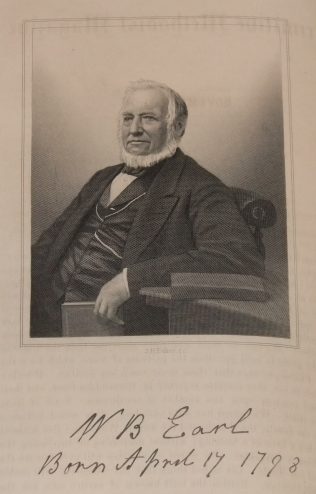 William was converted at the age of about 22 through the preaching of a Wesleyan local preacher, Mr Duncan. Three or so years later, William joined with the Primitive Methodists whilst living in Darlington. This was as a result of hearing William Clowes when he missioned Darlington in 1821. William’s house became a place of lodging for PM missionaries.

In 1838, William moved to Sunderland and later moved to Canalside, Shotley Bridge. He was a timber merchant. Following reverses in his business fortunes William ‘retired’ in 1859.

William became a local preacher for a short while, but soon decided he was better suited to less public modes of operation.

William is associated with the erection of chapels and the sustentation of the various funds and operation of the connexion. He was elected a Deed Poll member of conference in 1873.