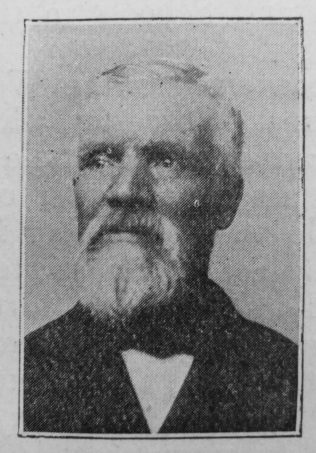 Transcription of Obituary in the Primitive Methodist Magazine by I.R. Barnsley

The Oakham Circuit has just lost one of its oldest members and local preachers, in the death of Mr. W. Ellingworth, who passed away on Dec. 26th in the seventy-second year of his age. Forty years ago, when the writer laboured in Oakham, our brother was an active member in the Church, and about the same time he succeeded in commencing a Sabbath School in the town. His interest in children was manifested by the labours he put into the work of the school for many years. At Newhall in the Burton-on-Trent Circuit, he was also instrumental in doing a good work in connection with the young.

For many years he laboured as a local preacher, but for some time previous to his death he was obliged to relinquish all public duties, owing to a painful affliction from which he suffered. His pathway through life was by no means an easy one, having much affliction in his family, one of his daughters having lain in perfect helplessness for many years.

But on his death-bed, when the shadows were gathering around him, his testimony was “God is good, very good.” His great delight was in the service of Sacred Song. Nothing gave him greater pleasure than to gather around him a number of children and teach them to sing songs of praise.

A few weeks before his death he celebrated his golden wedding, when a large number of his children and grandchildren met together. During the evening he sang some of the old hymns, such as used to be sung years ago, much to the delight of his friends and kindred.

About a fortnight before his death, an accident befel him which tended to hasten his end. He lingered in much pain, and then passed away, leaving his aged widow and a very large number of relatives to mourn his loss.

Some of his family are following on in the path to heaven, and are vigorous and earnest workers in the cause of Jesus Christ.

His mortal remains were laid to rest in the Oakham Cemetery, there to await the resurrection morn.