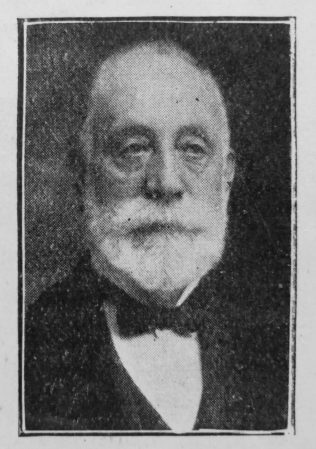 Transcription of Obituary in the Primitive Methodist Magazine by G Shapcott

Brother Fawcett was born at Thatcham in 1836, and entered into rest at Harlesden, February 26th, 1907. His conversion in our Minster Street Chapel, Reading, was the beginning of a lifelong consecration to Christ. He soon became a local preacher and when nineteen years old received and accepted a call to the regular ministry, but in a short time, through illness, had to return to business. From Reading he removed to Guildford. In his master’s house of business he started a prayer meeting which grew until the old theatre was hired for services: thus began our Church in Guildford. After a while he returned to Reading, in the development of which important circuit he played a great part. As a preacher Mr. Fawcett was unusually gifted, his noble presence and fine voice aiding the effect of sermons original and interesting. Preaching was to him a delight; he delivered his sermons with evident pleasure and was deeply conscious of his responsibility. The demand for his services was widespread; many pulpits were open to him in village, town or city. He was also an ideal class leader.

Three times he was elected delegate to Conference. In the days of his prosperity he gave liberally to the support of our church. In Mrs. Fawcett God gave him a true helpmeet who took a holy joy in all her husband undertook for the Lord. Their children followed the lofty example of the parents and devoted themselves to the same service. Two of the sons occupy a good place in the ranks of our ministry. Mr. Thomas Coling, of Reading, writes: “As a church he laid us under perpetual obligations by his manifold labours, his unstinted liberality, his sane counsels and all pervasive influence. He was a trustee of most, if not all, the chapels in our circuit, and his home was ever open to the ministers and friends of our church.”

As soon as his sudden decease was known tender and appreciative letters came pouring in from ministers, laymen and societies; resolutions were sent from the Men’s Meeting at Dr. Cliffurd’s, and the Wesleyans at Harlesden. Numerous and beautiful wreaths were also sent. Reading circuit was represented at the funeral by Bros. Herbert and Longhurst. The funeral service and the service at the graveside were conducted by Rev. G. Shapcott, assisted by Revs. J. Sheale, R.J. Barrett, T. Meakin, C. Spooner, and J. Pickles, and a brief and suitable address was given by Rev. W. Mincher.

A memorial service was conducted on March 3rd, by Rev. G. Shapcott, when Miss Lily Gover, an Albert Hall soloist, sang, “O rest in the Lord.”

Samuel was born on 6 March 1836 at Thatcham, Berkshire, to parents Thomas Fawcett, a carrier, and Ann Cook. He was baptised on 17 April 1836 at Newbury Wesleyan Chapel, Berkshire.

He married Ann Kimber (1838-1907) in the summer of 1862 in the Basingstoke Registration District, Hampshire. Census returns identify nine children.