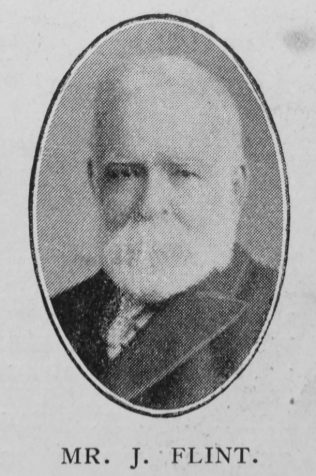 Our Church at Masbro’, Rotherham Second Circuit, has suffered a severe loss by the death of Mr. John Flint, in his 72nd year, on Sunday morning, May 14th, 1911. He had been connected with our Church about forty-five years.

Our friend was a Trustee for our College Road Church, and for a number of years was its Secretary. He also held the office of Society Steward, but his best work was in connection with the Sunday School, to which he gave more than forty years of constant and faithful service for thirty years being Superintendent.

John was born abt1839 at Langwith, Nottinghamshire, to parents John, a farm bailiff (1851), and Ann.

He married Mary Wells (b1840) in the summer of 1868 at Mansfield, Nottinghamshire. Census returns identify one of two children.