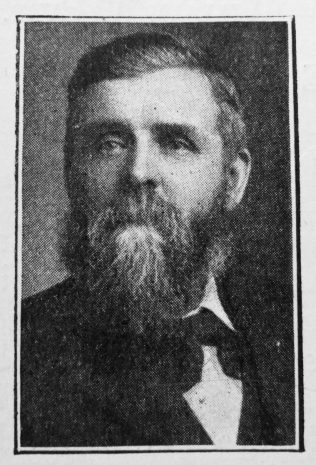 Transcription of Obituary in the Primitive Methodist Magazine by G.W. King

Fifty-nine years ago the name of John Forrest was placed on the Sunday School Infant Class Roll, of what is now the Central Hall Mission, Bradford. At twenty he became a teacher, and remained one to his death. The Old Bailey Sunday School Union conferred upon him a diploma for long and faithful service. As teacher, Society Steward, Circuit Steward, etc., he rendered valuable service. For forty years he has been in the front rank of every form of Church work, and he won for himself and the Church confidence and esteem. He gave money, time, brains, he prayed and toiled for the prosperity of the cause. He loved the Church, was jealous of its honour, and was true and loyal when others faltered and failed. There was no church like his own, and he counted its services and its ministers the best in the town. Anything that disturbed the Church was a sore trial to him: the mischief-maker he rebuked, the tale-bearer he despised and ignored. “It was amazing to see the vast amount of work he put into both Church and schools,” writes Rev. J. Swales. “In the inauguration of the Central Hall scheme,” says Rev. G.P. Clarke, “he was foremost among those to whom the Lord gave vision and faith, and whose faith was followed by earnest and continuous effort. His constancy in attendance at all the services on Sunday and week-day alike, was an inspiration to me in many hours of depression.”

Forty years ago he and the young lady he loved became husband and wife. Both were teachers at the old Manchester Road School. In the home circle the atmosphere was distinctly religious and deeply spiritual. His death, after a painful illness, took place October 3rd, 1906. A large concourse of people attended the funeral service, which was conducted by Rev. G.W. King, assisted by Revs. F.E. Heape and J.C. Livesey, a beautiful address being given by Rev. J. Jopling, of Birmingham. An impressive Memorial Service was conducted October 7th, by the writer, in presence of a large congregation, who came to mourn the loss of a faithful servant of Jesus Christ, and to show sympathy with the widow and five daughters.

John was born on 23 January 1844 at Bradford, Yorkshire, to parents James Forrest, a wool comber, and Nancy Foster. He was baptised on 3 March at Bradford PM Chapel by Rev. Robert Smith.