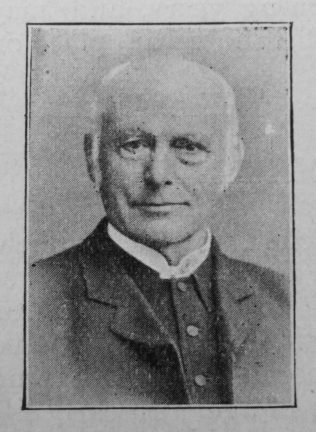 Transcription of Obituary in the Primitive Methodist Magazine by Wm. Kitchen

The Eakring Circuit has lately lost the oldest local preacher on the plan in the person of Mr. W.D. Freeman, who for fifty years or more has sustained that office.

Brother Freeman was born at Worsop March, 15th, 1830, but when a young man removed to Edwinstowe, where he came under the influence of our people, and during the ministry of the Rev. George Watson he was converted to God. He had undoubted ability for public speaking and this soon became recognised, and he was a great power in the circuit for many years. He was considered to be at his best on the occasion of Camp-meetings, some testifying that they never heard him excelled.

The influence of our brother extended itself beyond church life and work, for he came to occupy many positions in the districts where he lived. He was the first chairman of the Edwinstowe Parish Council, and latterly be occupied a similar position on the Compton Parish Council. He was also a member of the Southwell Board of Guardians and the District Council. So far as his own Circuit was concerned he was a frequent representative at the District Meetings, and was elected a delegate to the last Hull Conference. He was a trustee for most chapels on the Circuit; he took great interest in local preachers, and advocated at the time of the late Jubilee Fund, the formation of a Mutual Aid Society. Providing such a fund were formed, he guaranteed £1 for each local preacher on his own Circuit. He was a staunch Liberal in politics, and a strong temperance advocate. His married life was a happy one, extending over forty-seven years.

The indications of failing health appeared about Christmas, 1902, he being visited with a stroke at that time. Just before this he preached what proved to be his last sermon, in Parliament Street Chapel, Newark. He never fully recovered from this attack, but lingered on until August 2nd, 1904, when he passed to the service of the Higher Sanctuary. His remains were interred in the Edwinstowe Churchyard, when a large number of relatives and friends bore their tribute of respect and regard. May the widow be sustained in her declining years, and may others be raised up to fill the vacant place on the circuit.

Henry (not W.D.) was baptised on 3 April 1831 at Warsop, Nottinghamshire. His parents were Benjamin, an agricultural labourer, and Sarah.