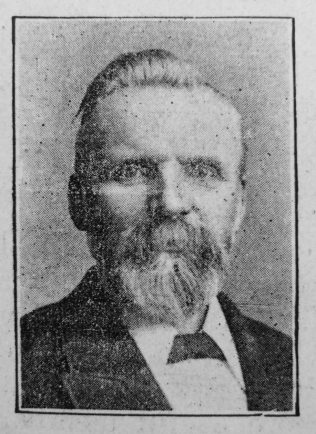 Transcription of Obituary in the Primitive Methodist Magazine by G.P.M.

Jonathan Fisher was born at Compton, Berks, January 30th, 1852, and died at Reading October 25th, 1904. Left an orphan in early life he had to begin work at an early age. He was converted at Hampstead Norris when seventeen years of age. Removing to Reading, he joined the London Street Church, and came on the plan about 1875. His position in one of the great Insurance Companies compelled him to move frequently from place to place. His acquaintance with our Church was thus of at very varied character, but his loyalty and devotion never failed. In Maidenhead Circuit he helped to establish and work a Sunday School two or three miles from home. On removing to Egham he attended the Chapel at Staines. After a time he removed to the Isle of Wight, and at Ryde and Ventnor rendered splendid service where it was urgently needed. Removing to Huntingdon he connected himself with Brampton society, but owing to the distance he was obliged to worship frequently in the Wesleyan Church, and became their School Superintendent. When he went to Evesham he again found no Church of his own denomination, and was connected with Stratford-on-Avon Circuit, working a good deal for the Wesleyan Church, but being both in name and in heart a Primitive Methodist. His service to another Church was, however, always, freely given, and a bright spot in memory was the P.S.A. he helped to found at Evesham.

At Cheltenham he found a congenial sphere. The fact that the Church was low and the soil seemed barren only inspired him to greater effort, and the little Church was lifted up to a higher level. As Circuit treasurer, Local Preacher, Sunday School worker, and especially as an inspiring personality his influence was far-reaching and transforming. The Rev. B. Beckerlegge writes: “The spirit of the man revealed itself. He was not only generous, he was truly spiritual. In special efforts he led the way, and also in prayer meetings, and class meetings.” He returned to Reading about twelve months ago, somewhat broken in health. His greatest grief henceforth was his inability to work for the Master he loved with such passion of devotion. We tried to persuade him that “they also serve who only stand and wait,” and he did resign himself to the will of his Lord.

It was a great joy to him to know that his elder son was being trained in Manchester College for the Primitive Methodist ministry, and that his younger son and daughter were following him as he followed Christ. In our London Street Church, and in the cemetery, large numbers of people gathered to show respect to the memory of a true man departed from our midst.

A special service was held in London Street Church on November 13th, when the Rev. G.P. Maynard gave a short account of the character and life of Brother Fisher to a large and deeply interested congregation.

Many beautiful and helpful letters have been received from ministers and others, and all pray that the bereaved family may be comforted of God.

Jonathan was baptised on 11 April 1852 at St Mary & St Nicholas, Compton, Berkshire. His parents were Jonathan, a labourer, and Fanny.

Jonathan married Elizabeth Pocock (b1850) in the spring of 1877 at Reading, Berkshire. Census returns identify three of four children.