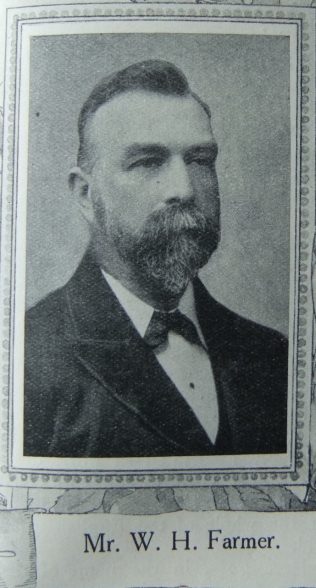 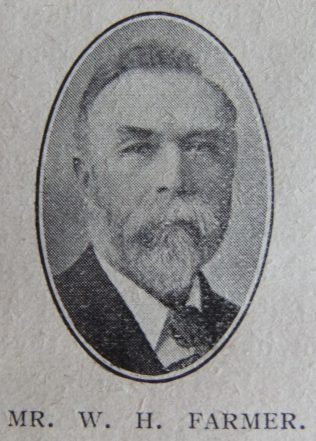 Mr. W.H. Farmer, Circuit Steward of the Rhondda Circuit for fourteen years, though still in the full bloom of manhood, has been a member and enthusiastic worker in our Church for thirty-three years. He always has the welfare of his Circuit at heart, and strives in every way to contribute to the success and progress of Christ’s Kingdom. For many years he has been Sunday School Superintendent and Class-leader in the Llwynypia Society, and is beloved by the young people as a Class-Leader. As Circuit representative on the District Committee, he has attended the District meeting on several occasions, and has been honoured with its vice-presidency. He represented his District at the Birmingham Conference, is District Treasuer of the Centenary Fund and Temperance Committee, and one of the District Representatives to the next Triennial Sunday School Conference. May he long be spared.

William moved to Tonypandy in 1871.

William became circuit secretary in 1894 and circuit steward in 1897. He was “commanded by His Majesty the King to attend the investiture of His Royal Highness the prince of Wales at Carnarvon, as lay representative of Primitive Methodism for Wales.”