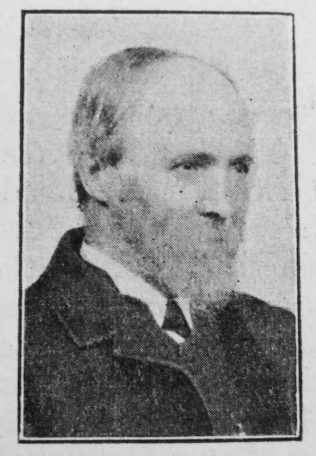 The subject of this brief memoir, who entered into rest February 1st, 1905, aged seventy-eight, at Staindrop, near Darlington, lived an exemplary life and from his youth upward devoted himself to the cause of Christian brotherhood with steadfast devotion to the end.

His brother-in-law, Mr. Ralph Crossling of Newcastle-on-Tyne, whose privilege it was to help him in his younger days, thus refers to his departed friend and relative:-
“My memory goes back fifty years or more when we were youths in the village of Staindrop and to a time of a special manifestation of the Spirit of God. Mr. Garthwaite was one of the first to give himself to Christ and his example was followed one after another by his companions. I well remember the names of about a dozen young men. We formed ourselves into a band, and every Sunday morning we used to meet in an old barn a little way out of the village. It was here at the early hour of five o’clock that most of us found the Saviour. Each took his turn at reading the Bible and prayer until six o’clock, when we marched singing into the village and held a further prayer meeting in the Chapel.

At that time we had joined the Wesleyan body, but some of the older members began taking us to task about the meetings in the barn and the noise we made in the Chapel: thereupon several of us went over to the Primitive Methodists, who at that time worshipped in a loft. Here we had some glorious times, and the minister, the Rev. Thomas Smith, soon found us some work to do. In this we laboured with great zeal.”

Mr. Garthwaite was one of those who shared with great earnestness in the erection of the Primitive Methodist Chapel in the village. As a local preacher, class leader, and Sunday School teacher for some fifty years or more one can well understand the deep-felt sorrow of the members of the Society, the villagers and others, from a distance who gathered to pay their last respects to the memory of a good man. It was more than respect, it was deep-rooted affection. By his life he had preached his own funeral sermon, for “he being dead yet speaketh.”

In a letter of sympathy to the widow and family of the deceased the Rev. W. Shipley, of West Hartlepool, adds the following eloquent tribute to the high character of the late Mr. Garthwaite:- “You have much in your grief to give you consolation. His blameless and unostentatious life, his uniform and unvarying kindness to all, and his gentle and generous spirit won and kept him many friends.”

The Rev. G.W. Moorse, superintendent of the St. Helens Auckland Circuit where Mr. Garthwaite spent the whole of his life, says: “He was a man who impressed you, not by his forwardness, and self-assertion, but by his modesty and general Christian consistency. His love for the services of God here was an outstanding feature in his character. Though a man of business he made it a point not to allow business to interfere with his spiritual life, this he fed at the banquetting table of the Christian sanctuary. You could always depend upon having a devout worshipper in Mr. Garthwaite whether Sunday or week-day, and his beaming countenance bore eloquent testimony to the maturity of the piety that dwelt in his saintly breast.”

His removal is a decided loss to the Church on earth, but a positive gain to the Church in Heaven, where may his widow and family join him.

Charles married Sarah Ann Longstaff (1828-1860) in the summer of 1854 in the Teesdale Registration District.

Her married her sister, Jane Robson Longstaff (1831-1913) in the spring of 1861 in the teesdale Registration District. Census returns identify six children.