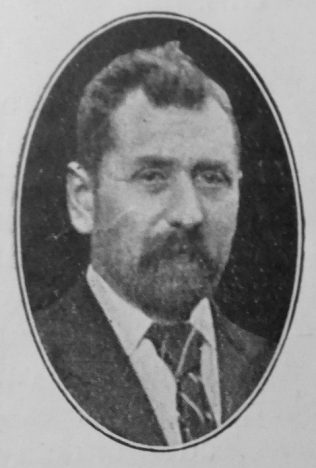 Transcription of obituary published in the Primitive Methodist Magazine by John W. Clifford

The little colliery village of Bearpark, County Durham, was in deep mourning when the remains of Mr. George Gardiner were laid to rest on Friday, May 1st, 1908.

He was born in the old-time village of Daddryshield, Weardale, where, in his earliest years, he became connected with the Primitive Methodist Sunday School.

Leaving home at a comparatively early age, he entered the offices of the Witton Park Ironworks, and while there came on the plan of our Bishop Auckland Circuit as a local preacher. He came to Bearpark to take up the position of cashier at the Colliery in 1884.

He used to say that he had been in every office of the church, except those of minister and choirmaster. He was a most acceptable local preacher, and a faithful one, too. One snowy Sunday the Rev. W. Bowe and he were the only preachers in the Durham Circuit to take their appointments. But his heart was in the Sunday School work most of all. He made an ideal superintendent, combining firmness with geniality, with a fine intellectual background. Then he was for years the treasurer of the trustees.

His voice was always heard in the Circuit Sunday School Council, while the Quarterly Meeting admired his business-like performance of the duties of Junior Circuit Steward.

Respect in the village was shown to him in voting him to the chairmanship of the school managers, while he was vice-chairman of the Parish Council.

For a considerable period Mr. Gardiner suffered from a heart affection, which took a very serious turn about ten days before his death. He passed away peacefully just before midnight on April 28th, 1908.

The company which gathered at his funeral was large and thoroughly representative. The service was conducted by the Rev. E. Phillipson, who gave a touching address full of personal reminiscences, and the Rev. J.W. Clifford, M.A.

While we pray for Mrs. Gardiner and the family in their great loss, we are assured that for them and for us the message of his life will always be at once a comfort and an inspiration.

George was baptised on 10 September 1854 at Stanhope, Co. Durham. His parents were John and Angilla.