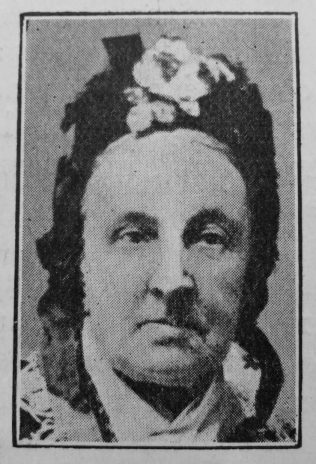 Transcription of Obituary in the Primitive Methodist Magazine by W.W.

On Wednesday, November 7th, we carried to the grave the remains of one of the oldest members in our Connexion. By the kindness of the Vicar of Chadderton, the Revs. W. Whitham and G.A. Lucas conducted a service in the Chadderton Church. A large number was present, representing our Middleton Road and Heald’s Green Churches. On Sunday, November 11th, the Rev. Wm. Whitham conducted a memorial service in the Middleton Road Church, and in speaking of the long service of Mary Gartside said she loved her Lord with an intense, passionate love. Her Heavenly Father permitted her to live to a fine old age – for she was in her eighty-fourth year – and to the last her mind was clear and her faith bright.

Our sister loved the fellowship meeting; the class meeting to her was a rich means of grace. She loved to speak of the old times – to her they were times of refreshing from the presence of the Lord – and of the old friends and the coming re-union. At the close of the anniversary services in October last at Heald’s Green the Rev. James Travis had been the preacher. She said to Mr. James Fitton: “Eh, Jim, it is so glorious to have these meetings together here. What will it be when we meet with all those who have gone before, and are waiting to receive us, when we shall never part again?”

The call to go up higher came very sudden and unexpected: but she was ready. It was her constant saying: “I am ready, and am only waiting for Him”.

She married John Gartside (abt1817-1878), a railway labourer. Census returns identify that they brought up three children.