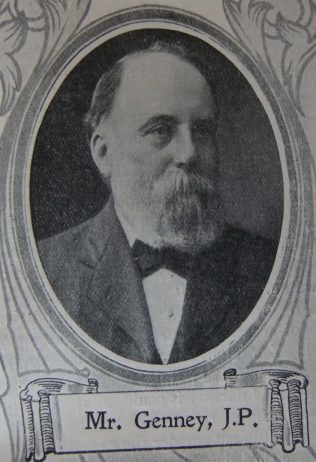 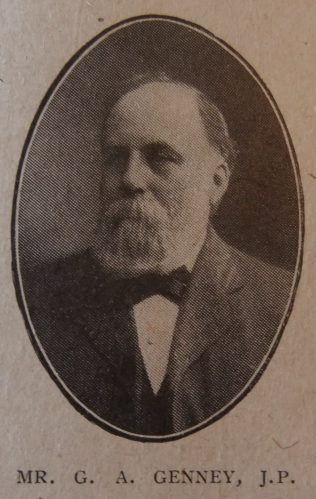 The Circuit Steward of Manchester Fourth is one of the most loyal and generous sons of Primitive Methodism. He is a Primitive Methodist of the third generation, his grandfather, Rev. Isaac Broadbent, being intimate with Clowes and Bourne. In connection with Higher Ardwick (and Ogden Street before it) he has filled nearly every office in church and school. He occupies the position of Treasurer of both the Manchester Primitive Methodist Council and Church Extension Fund. He represents his station on the District and Sunday School Committees, and is Treasurer of the District Orphanage Committee. He has frequently been delegated to the District Meeting, and once had the honour of being elected to the vice-chair of that assembly. On two occasions the District has sent him to Conference. He is a member of the Manchester Hospital Finance and Executive Committees, Ex-President of Manchester Sunday School Union, Treasurer of the East Manchester Liberal association, and has recently been made a J.P. for the City.

Charles was born in 1844 at Islington, London, to parents Charles and Elizabeth. Charles was a bricklayer.

Charles’ occupations as listed in census returns were as follows.

Charles married Sarah Anne Pearson (abt1849-1926) in the spring of 1872 at the Ogden Street PM Chapel, Manchester, Lancashire.

Charles was appointed a Land Tax Commissioner for Lancashire in 1906.

In addition to the offices identified above, Charles served as an organist. There is a feature about George and his wife in the 14 July 1910 edition of the Primitive Methodist Leader. This identifies that at the time he was the only PM on the Manchester City Council.

The 1910 article also describes Sarah as a lady of great piety, refinement thoughtfulness and domesticity. She was President of the East Manchester Women’s Liberal Association, and had presided over the Lancashire and Cheshire Women’s Liberal Union. She was one of the first five ladies elected to the executive of the Manchester, Salford and District Free Church Council Federation. She was twice a delegate to Conference. Sarah had also been elected to the General Missionary Committee and General Sunday School Committee and was the first president of the Primitive Methodist Women’s Missionary Federation.

The article concludes; ‘She is one of the most acceptable lady speakers in Primitive Methodism, and a reassuring example of the womanly public woman.’