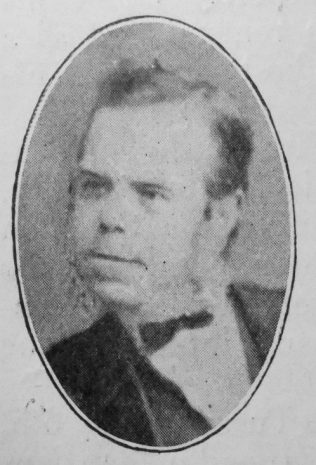 Transcription of obituary published in the Primitive Methodist Magazine by T. Stephenson

Burton Second Circuit has lost one of its oldest and most respected officials in the death of Mr. Joseph Green, of Yoxall, who passed away on August 1st, 1907, at the age of eighty. He had the early advantage of a Christian home, and at the age of fifteen became a decided Christian, and before leaving his teens a local preacher. For fifty-six years he preached the glorious Gospel of Christ, his homely wit, racy manner, holy passion for souls and striking personality making him acceptable to the people.

Coming to Yoxall in 1870 he became a tower of strength in the parish, boldly championing the cause of Nonconformity and holding aloft the Liberal flag in politics. The confidence and esteem of his brethren were shown in his election to the position of Circuit steward, the duties of which office he discharged with credit to himself and the circuit for about thirty years.

His home life was singularly happy. He found in his dear wife a helpmeet, who was heart and soul with him in every good work. Family devotion was a marked feature of the home, during which devotions he read the Bible through twenty-one times. His home was ever open to the preachers, and many have found food and shelter under his hospitable roof.

He was laid to rest on August 6th in our own burial ground at Wood Mill, when an impressive service was conducted in the church and at the graveside by the Rev. T. Stephenson, assisted by Messrs. Bassett, Adams, Farmer and Pakenham. The vicar of the parish was also present and in choice words bore high testimony to the character and work of our deceased brother.

Mrs. Green, a fine type of village Methodism and a real mother in Israel, is left to mourn his loss. She sorrows not as those without hope, but she can look to the Fatherland and say:

“There are the good and blest
Those I love most and best,
And there I too shall rest:
Heaven is my home.”

Joseph was baptised on 30 March 1827 at Kings Bromley, Staffordshire. His parents were John, who worked the land, and Mary.