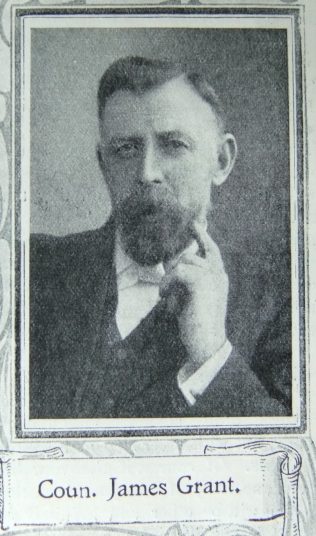 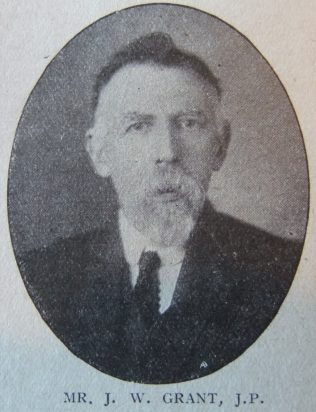 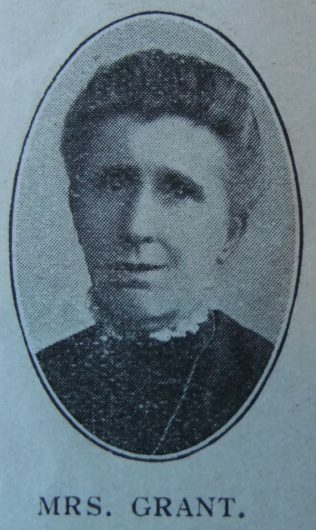 Councillor James Grant is the son of the late Thomas Grant, who was a local preacher for forty years, and who did much to lay the foundations of Primitive Methodism in Seaham harbour. When but a child Mr. Grant joined our Tempest Place Church, and for over fifty years has maintained an unbroken membership.

He has taken his share of official responsibility, occupying almost every office in his church. For the last twenty-seven years he has been the leader of a flourishing Society Class. He has held the position of Circuit Chancellor for about nine years, and for this position his wide sympathies and business training eminently fit him.

In public affairs Mr. Grant takes a wise interest. He fills important positions on the Town Council and is a member of the Board of Guardians. His shrewdness, tact, and uprightness of conduct have won for him general respect, and none are more worthy than he of a place in our gallery of distinguished Chancellors.

James was born on 22 August 1855 at Seaham Harbour, Co. Durham, to parents Thomas and Jane. Thomas was a marine store dealer.

Census returns identify that James worked as a cooper before becoming a grocer.

His obituary records that James was society steward for sixteen years and circuit steward for fifteen years. He served on the Urban District Council for nineteen years and was elected chairman on four occasions. He also served as a J.P.

James married Isabella Tate (abt1856-1923) in the spring of 1880 in the Sunderland Registration District. Isabella was brought up in the United Methodist Free Church. Census returns identify two of four children.