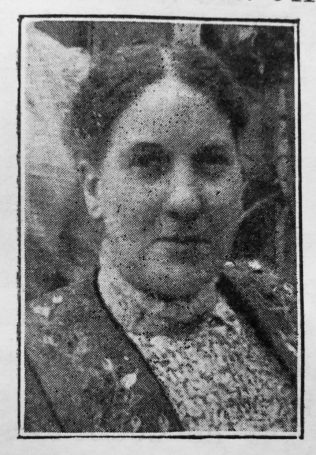 Transcription of Obituary in the Primitive Methodist Magazine by H. Pratt

The Maple Street Church, Newcastle-on-Tyne, has suffered a great loss in the death of Jane, wife of Alfred Gray, an esteemed local preacher on this station.

Mrs. Gray was born September 23rd, 1853, at Bendor, near Wooler, Northumberland, and passed to her eternal rest on May 22nd, 1905, after four months’ painful illness borne with Christian patience.

Mrs. Gray received her earliest religious impressions in the Presbyterian Church, Wooler, under the ministration of the late Rev. R. Murhead. At the age of seventeen years, she became a member of the Tyne Dock Primitive Methodist Society, and on removing to Newcastle became connected with our Nelson Street Church. For the last twenty-five years she has been a member of our Maple Street Church.

Mrs. Gray in some respects represented a beautiful type of Christian character – she was never fretful amid suffering, for she possessed a quiet heart and drew strength and grace from the sweet consciousness of the Saviour’s presence.

Her home was a model of neatness and order, the family were nurtured in the fear of the Lord, and its atmosphere was fragrant of the Temple of God.

Her generous hospitality will be remembered by many of our ministers, and her bright smiling face and genial presence will not readily be forgotten by those who were privileged to come into contact with her. When health permitted, Mrs. Gray was regular in her attendance at church services, and greatly appreciated the privilege of public worship. She was a mother in Israel, and by the purity of her life and sweet ministry brought comfort and blessing to many hearts.

The Rev. Andrew Latimer, who has been intimately acquainted with the family for over thirty years, testifies in eloquent terms to the excellency of her character. “Mrs. Gray needed to be known to be rightly appreciated. The more she was known the more she won, by her sterling principles and her Christian life, our esteem.”

“Hers was a quiet, unobtrusive, but sweetly devout spirit. Her spirituality was not a mere surface glitter, but her inmost, and though silent – all dominating force. As a wise mother she was a worthy and noble pattern of affectionate devotion and has gone to her reward.”

We live in the hope of the dawning of a brighter morn, when we shall meet in the land beyond the river.

Jane was born to parents Robert, a grocer, and Isabella. She worked as a domestic servant before her marriage.