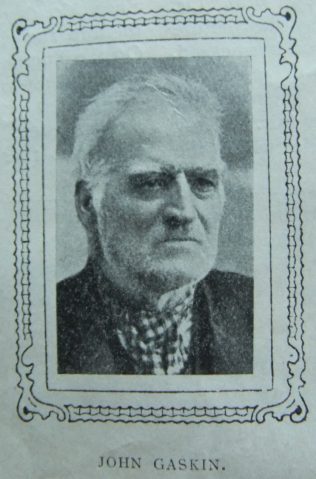 OUR subject is honoured in every village in North Norfolk. He was born eighty-one years ago and began life with an enviable heritage of physical energy, every ounce of which has been divided between the struggle for bread and the service of religion. Scant education, low wages, hard toil, and the cares of a big family – these are not conditions supposed to promote high citizenship, but our friend has achieved it in spite of them. The central feature of his character is a distinctive capacity for religion Professor James quotes less distinctive cases. God is so real to him as to afford whole lengths of pure contemplation. We have to go as high as à Kempis or St. Francis to find such absolute concentration. He is one of their company without their literary glamour. Modern doubts have as much effect on him as green peas on an ironclad. Although his habits of thought clash at times with present situations he is by no means dead to the present. He is still a fighter. His prime antagonism is with the devil. His conception of that being is not a whit less vivid than the representation of Dante whose “Comedia,” by the way, is supposed to have originated in the visions of a Norfolk “local” of the seventh century. It is said that in solitude some men see angels, and others, like Luther, see devils; John Gaskin sees both. He has a withering pity for modern anglicanism and a big concern for the spiritual welfare of its ministers. An attempt to impart elementary theology to a local rector ended in the police court where, however, like Paul he found a friend in the “Powers that be.”  His preaching manifests all the force of inspired personality and his conception of the duties of a Class leader includes the visitation of the sick and the absent.

Based on the information in the sketch, I have been unable to unambiguously identify John in census returns. Can anyone point me in the right direction?