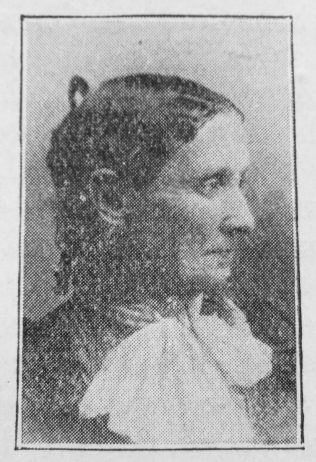 Transcription of Obituary in the Primitive Methodist Magazine by John W. Fish

Mrs. Jonathan Goddard, of Faringdon, fell asleep in Jesus on September 4th, 1903. She was born at Cricklade, Wiltshire, in 1832. In early life she gave herself to God at a service in a Wesleyan Chapel at Bath; the evidence of a change of heart she then experienced she retained till her death. She became a member of our Church when she was married to Mr. J. Goddard, the present Circuit Steward of the Faringdon Circuit. For nearly fifty years they lived together in confidence and affection, their highest ambition and greatest joy being to serve and defend the cause of God, and the Church of their choice.

Mrs. Goddard was regarded as a mother in Israel. When in health she was seldom absent from either Sunday or week evening services, indoors or out. In the early days of Primitive Methodism in the district, when it was a despised and persecuted sect, she bravely stood by the preachers, sometimes she was the only female present. And as God prospered her husband in business, it was her delight to assist in the finances of the Church, from her death-bed she sent her last donation to its funds.

With her family she always took delight in entertaining the servants of God, both ministerial and lay; many have there enjoyed seasons of refreshment and rest.

Dark shadows have crossed her path. A few years ago she was called to give up a beloved son, who died in early manhood, leaving a widow (daughter of Rev. G. Fowler) and three children. Only three months before her decease her eldest son died. These were sorrows indeed, but they were borne with resignation. Of her three children living, one is the wife of Rev. J.W. Fish.

The illness which terminated her earthly career, was long and painful, but she bore it with beautiful patience until she passed peacefully home to God.

Mr. J. Shalford, an old friend of the deceased, who conducted the memorial services bore tribute to her character as a mother and as a Christian.

Maria was baptised on 30 October 1831 at St Sampson’s, Cricklade, Wiltshire. Her parents were William, a cordwainer, and Catherine.

Before marriage Maria worked as a domestic servant.