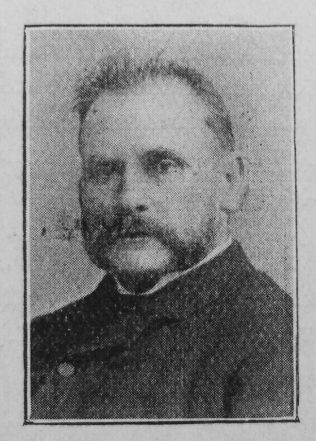 Transcription of Obituary in the Primitive Methodist Magazine by J. Vaughan

The Primitive Methodist Church at Blackpool has sustained a loss in the death of one of its prominent officials, Mr. Thomas Gooderidge, who had been an acceptable local preacher for forty years.

He was born near Leeds, on January 4th, 1839. His parents, though not religious, gave him a good elementary education, keeping him at school until he was sixteen years of age. He was then apprenticed to a carpenter and wheelwright, but his employer died about two and a half years after young Gooderidge had entered his service. Our young friend then went to reside at Mexborough, and entered the service of the South Yorkshire Railway Company, which is now part of the Great Central Company; and for years he had charge of the most important express trains running from Manchester to London, Grimsby, etc. After thirty years’ service he retired with splendid testimonials and the good wishes of the company.

His conversion to God took place in 1859, and soon afterwards he became a local preacher on the Hoyland Circuit. In 1868 he took a prominent part in founding a church at Swinton Bridge, and became a trustee at that place. In 1871 he took up his residence at Northwich, rendered great assistance to our people and became a trustee of a new chapel which occupies one of the best positions in the town. Mr. Gooderidge was blessed with a good voice, and having a practical knowledge of music, in addition to his duties as a local preacher he became choirmaster, and occupied that position for several years. He then removed to Manchester, where he had the joy of winning hundreds of precious souls to Christ, among whom were many of his fellow railway men.

In consequence of failing health, he removed to Blackpool about eleven years ago, and from that time to the time of his death, he took occasional work as he felt able. He took a deep interest in the class of which he was a member, and frequently assisted Mr. Promfret, the leader, in the old fashioned way of leading. He delighted in the Sunday night prayer meeting, and hardly ever missed the Sunday services when he was in Blackpool.

His end came quite unexpectedly. He had been spending a few days with a married daughter at Wigan. On the Sunday he attended the three Harvest Thanksgiving services in the chapel, and the Christian Endeavour gathering on the Monday. And on the Wednesday, while preparing to hear the President of Conference, the Rev. T.H. Hunt, with whom he had been acquainted for many years, he was seized with an attack of paralysis, from which he never wholly recovered. In a few days after the attack he was brought home to Blackpool to die.

A little while before his death he gave very clear evidence that he was going to be for ever with the Lord. And on Monday morning, the 16th, at 7.30, he entered into that rest that remaineth for the people of God. To mourn his loss, Mr. Gooderidge has left a widow and five children – three sons and two daughters – all of whom are married and in good positions. One of his sons, the Rev. John Thomas Gooderidge, is the highly respected superintendent of the Nottingham First Circuit.

His interment took place in the Blackpool Cemetery, after a short service in our church in Chapel Street, on Wednesday afternoon, November 18th, in the presence of a large company of friends, the Rev. John Day Thompson being the officiating minister. On the Sunday morning following, Mr. Thompson improved the death of our departed brother in an able sermon on Tim. ii. 4-6.

Thomas was baptised on 3 February 1839 at Stanley, Yorkshire. His parents, Thomas, a labourer, and Hannah, were living at Bottom Boat, Stanley.