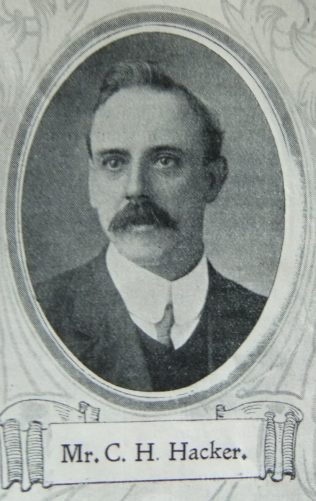 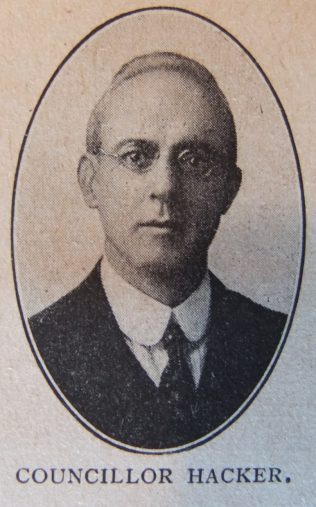 It was an interesting coincidence that the Quarterly Meeting of Bath First Circuit, which, in 1889, passed a resolution of sympathy with the widow and family of the late Mr. Henry Hacker, should also have recorded one authorising his sons, Walter and Charles, to preach. The memory of his father, still widely revered, was to the subject of this sketch his richest heritage and has been his finest inspiration. An able preacher, a resourceful administrator, a reliable worker, Mr. Hacker has found suitable spheres of service alike in the pulpit, the Sunday School, the C.E., and as Chapel Treasurer and Circuit Steward. Combining an attractive personality with excellent business capacity he is popular among young people and enjoys the confidence of his brethren. His work has further been recognised in the District by his appointment as Furnishing Fund Treasurer and as delegate to Conference; and locally in Free Church movements.

Charles was born in 1870 at Bath, Somerset, to parents Henry Hacker and Margaret Spackman. Henry was a miller and PM local preacher.

Charles was brought up within the Westgate Buildings Church at Bath. He became a local preacher circa 1890.

Charles served on the Bath City Council from 1912. By the time of his daughter’s engagement in 1932 Charles was recognised with the title Alderman. He was Mayor of Bath in 1923.