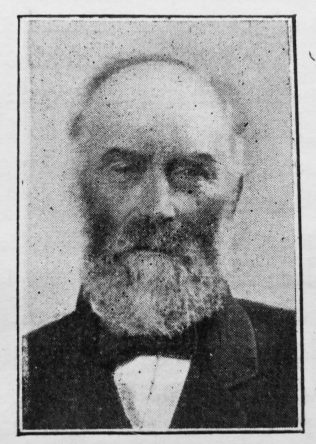 Transcription of Obituary in the Primitive Methodist Magazine by E.J. Humphreys

Edward Humphreys was born in the year 1842; and died 23rd December, 1905. From tender years he was religiously inclined, but it was not until he reached the critical age of eighteen that he fully realised the experience of knowing personally Jesus Christ as his Saviour.

He began to work in the Sunday School as a teacher and from that time to his death he was devoted to the Sunday School. During his forty-five years as a teacher, many hundreds of scholars have passed the various classes of which he was in charge. He has sown the seed of God’s Word, which has germinated in scores of hearts, and has sprung up and brought fruit to the glory of God.

There was an attraction about his lessons, which seemed to rivet them in the minds of his scholars, some of whom after the lapse of many years still tell that they remember quite vividly the lessons of thirty-five years ago.

For a number of years he was superintendent and secretary of the school. He was always present at the various sessions of the school, except when engaged in the work of preaching. A few years of teaching in the school attracted the attention of the leaders and he was recommended for the plan. He was a local preacher for nearly forty-two years, and at the time of his death he was the oldest on the Minsterley plan. He stood next to the travelling minister. The circuit will miss a worker, a Christian, a man.

His married life was a happy one, he was devoted to his wife and the children that God had given him. His life, to a great number of us, has been nearly a perfect life. Those who have known him best have loved him most. To have known him personally has been a joy to a large number.

Great is now his joy because great has been his work.

Edward was born in 1842 at Hinwood, Westbury, Shropshire, to parents Edward, a coal miner, and Ann.

He married Ann Edwards (b abt1841) in early 1869 in the Atcham Registration District, Shropshire. Census returns identify five children.