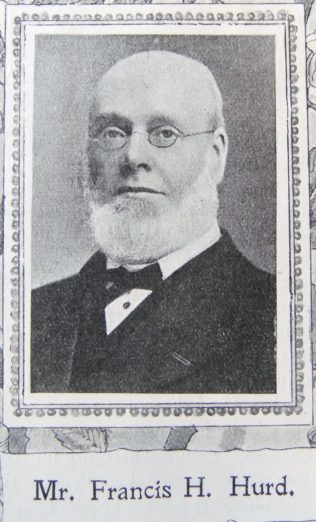 The Harringay Circuit Chancellor is the son of the late Rev. James Hurd, and from early years has been deeply interested in the work of our church. Few men have been more intimately associated with the work of the Primitive Methodism during the last half century, yet he resolutely shuns publicity, and this sketch is written without his knowledge. On several London stations, notably Sutton Street, Camden Town, Tottenham and Harringay he has rendered wholehearted service. Although he and his family have to travel some miles they are unfailing in their attendance, and devoted in service. They love the church and rejoice in its success. Originator of the “Primitive Methodist.” Mr. Hurd for nearly forty years superintended its issue week by week, scarcely taking a holiday. Few men living have as intimate a knowledge of the long succession of London officers as he, and what he loves most is to see the old power in the new days.

Francis was born on 13 January 1937 at Frome, Somerset, to parents James Hurd and Sarah Humin. James was a PM Minister. Francis was baptised on 25 June 1837 at the PM Chapel, Frome.