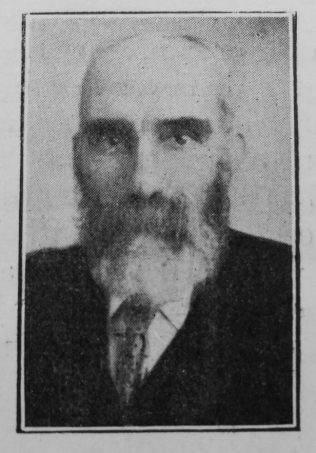 Transcription of Obituary in the Primitive Methodist Magazine by W.T.

The Leeds Second Circuit has sustained a heavy loss in the death of William Moorhouse Hainsworth, February 7th, 1907. Our departed brother was converted at the early age of seventeen, and for forty-two years rendered valuable service to our church.

As a local preacher he was painstaking, thoroughly preparing his sermons before he entered the pulpit. His sermons were scriptural and Methodistic, and marked by much spiritual fervour and power in their utterance.

He was for many years leader of a Society class, and always adorned the office. He was punctual in his attendance, and faithful in the spiritual oversight of his members, seeking in every possible way to further their interests by instruction, comfort and helpful advice.

In many other ways did he faithfully serve our Church, thus leaving behind him imperishable monuments of the good that he has done.

For two years our brother’s health had been failing. Even the most hopeful could see that disease had gained the mastery. He bore his suffering submissively, not a single murmur escaping his lips. He resigned himself fully to God, and died a most beautiful and peaceful death.

His mortal remains were laid to rest in New Wortley Cemetery, but his soul, he himself, is at home in our Father’s House.

Our hearts go out in warm sympathy with his widow and family. May God grant unto them everlasting consolation and good hope.

William was born on 13 July 1847 at Wortley, Yorkshire, to parents James, a cloth manufacturer, and Lydia. he was baptised on 12 January 1851 at St John the Evangelist, Wortley.

He married Ann Milner (abt1849-1940) in the spring of 1871 at Leeds, Yorkshire. Census returns identify four of five children.