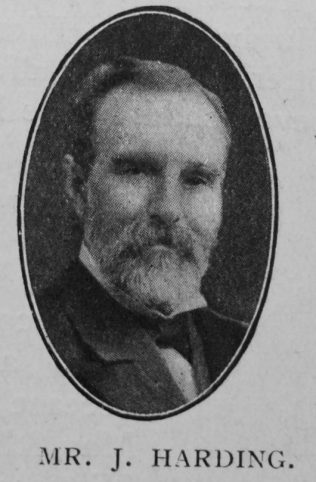 Transcription of obituary published in the Primitive Methodist Magazine by J.T.R.

John Harding, of Theale, was one of those whose presence in the Church is an inspiration. In his sixty-fourth year, he died on the 6th of July, and was laid to rest in Burghfield churchyard. His loss to Bradfield Circuit is great indeed. In local affairs, in temperance, in politics, in Sunday School work and in the official life of the Station he ever acted a princely part. For over twenty-three years he has been a loyal and generous supporter of Bradfield Station. Its success during the last twelve months filled him with joy and gratitude.

As Superintendent of the School he gave a beneficent impetus to many a young life; as Trust Treasurer he worked strenuously until Theale Chapel and School were clear of debt; and as a Circuit official his counsels were ever valuable. A fine trait in his character was his love of quiet giving. “Take that,” he was accustomed to say to the minister, “but please don’t mention my name.”

On retiring from business after the tragic loss by drowning of his only child, he desired to devote the remainder of his life to the Master’s service. He leaves behind a widow who is quietly waiting until the dawn breaks and the shadows flee away.

John was born abt1848 at Ashmansworth, Hampshire, to parents John, who worked the land, and Charlotte.