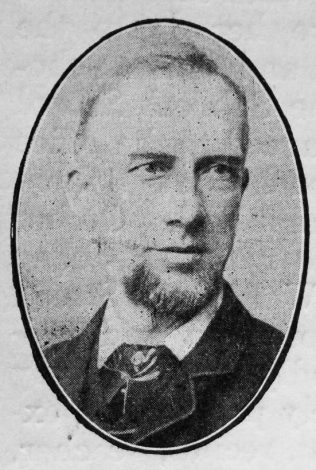 James Hargreaves was the youngest son of John and Catherine Hargreaves, who were two of the first members of the Blackburn Primitive Methodist Society; and for many years the father was a local preacher. James’ conversion took place in Nov. 1859, and not long after he was made a teacher of Branch Road School, which position he held for twenty-two years, when he removed to Padiham in Burnley I. Circuit.

He was a life-long abstainer. On coming to Padiham he became a member of our Thomson Street Society and for twenty-five years filled the office of teacher and superintendent of the school. Nearly every position it is possible for a layman to fill he sustained with a zeal, perseverance, and generosity that did credit to his buoyant spirit, and genial nature.

He filled with conspicuous success the office of President of the Padiham Overlookers’ Association for eighteen years. In local Liberal politics he was a prominent figure, and vigorous Liberal advocacy was an outstanding feature in his public career.

He was also a cricket enthusiast, and was a playing member of the Old Cob Wall Cricket Club. On coming to Padiham he became connected with the Padiham Club, was a member of the committee for many years, indeed, anything that tended to ease the lot and brighten the life of his fellows found in him a hearty supporter.

He often spoke of his thankfulness, that in early life he consecrated himself to Christ’s service, “and now I am old and grey Christ is still precious.” To me as one of his nearest friends, in my last visit when his feet were nearing the borderland he could say it was “all right,” and so, though we sorrow, it is not as those without hope. He passed away October 6th, 1907, in his sixty-fifth year.

James was born in 1843 at Blackburn, Lancashire, to parents John and Catherine.

He married Elizabeth Whalley (b abt1844) in late 1866 at Blackburn, Lancashire. Census returns identify eight children.