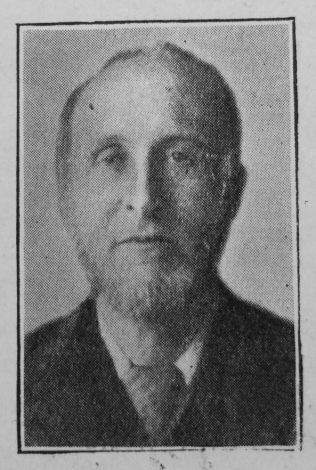 Transcription of Obituary in the Primitive Methodist Magazine by J.C. Kilvington

Born at Staveley, near Kendal, March 19th, 1836, Mr. J.L. Hayton was religiously disposed from boyhood. His earlier years were associated with the late Revs. John Atkinson and John Taylor, the latter being his closest. companion and fellow-apprentice in wood-turning. He was converted in the great revival of 1849-50, and with Brother Taylor was among the first of a large number of young men converted. Nine of these entered the ministry. Among the last to yield was John Atkinson, whose conversion took place one night when Brothers Hayton and Taylor and others held a prayer meeting in a farmyard on their way to the service.

In 1856 Brother Hayton removed to Carlisle where he subsequently commenced business and greatly prospered. For nearly half a century he was connected with Cecil Street and gave liberally of time and substance for its welfare. For thirty years he was a trustee, and as treasurer never complained when he had to advance money. To the Jubilee effort of 1893 he gave £50, and another £50 for improvements of the church at Cecil Street. He was a cheerful giver.

In 1851 he joined the Staveley Maine Law Temperance Union, subsequently the Rechabite Society, to which he adhered to his death. Public work was not in his line and only once could he be induced to take the chair at an anniversary. In all the vicissitudes of life he had a firm trust in God, and was able to say in the dark hour when his wife died, “Though He slay me yet will I trust in Him.” He greatly enjoyed the preaching of the Word, recalling afterwards over the fireside the points of the sermon. When health permitted he was never absent from the House of God. Though unable for some years to attend official meetings he was keenly interested in the affairs of the church and circuit.

The final call came somewhat suddenly. Against the advice of his doctor and family he went to chapel on the Sunday before his death and within a few hours was calmly awaiting the summons home.

Ever a man of few words he said little in his last days, but rested safely in the arms of a loving Saviour. At times it seemed as if his soul were fighting to free itself from earthly surroundings; his hands were raised and he exclaimed, “I’m coming; I’m coming.” On Friday morning, November 30th, 1906, he passed quietly away. Amid a large concourse of people he was interred in Carlisle Cemetery on the Sunday following. Rev. W. Watson conducted a memorial service in Cecil Street Church on December 16th, and preached an appropriate sermon from the text, “And God shall wipe away all tears from their eyes.” Farewell until the day, breaks and the shadows flee away.

James was born to mother Jane Hayton. he was baptised on 1 April 1837 at Greyrigg, Westmorland. Jane later married James Lupton, an agricultural labourer.