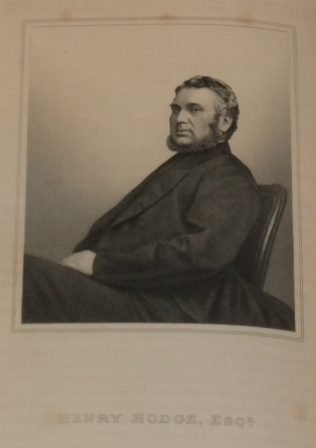 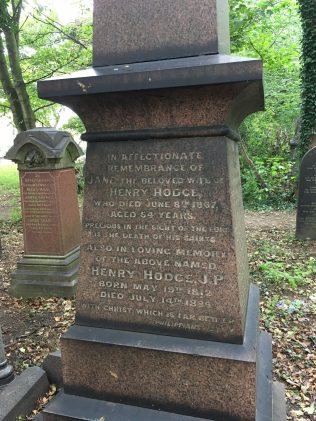 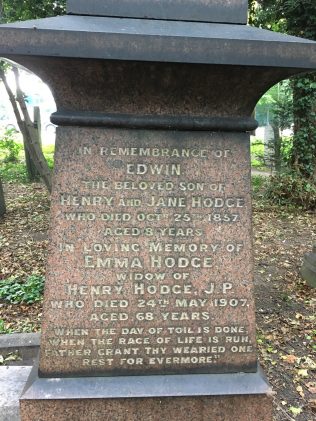 Henry was born in 1813 at Kilnsea, Yorkshire to parents William Hodge and Elizabeth Pinder. Henry was one of five brothers who all had an impact on Primitive Methodism in Hull. His brother William became Mayor of Hull. Many of the family were converted when William Clowes missioned Kilnsea in 1820.

Henry was in business as a seed crusher and oil miller on Holderness Rd, Hull. He was a local preacher.

Henry bought a walking stick that used to belong to William Clowes from the estate of Charles Bowman for £4.

As a successful businessman, Henry was a generous giver to the PM cause, particularly in the building of chapels.

Henry laid the foundation stone of the Bright Street Chapel on 1 December 1862. This chapel was built at a cost of £5116 and seated 1200. He funded the total cost of the Hodgson Street, Hull and Kilnsea chapels. The Kilnsea chapel was constructed in 1885 from corrugated iron. It was converted into a cottage circa 1917.

Henry was the General Treasurer for the Jubilee Fund

He was appointed a lay trustee of Elmfield College in 1863.