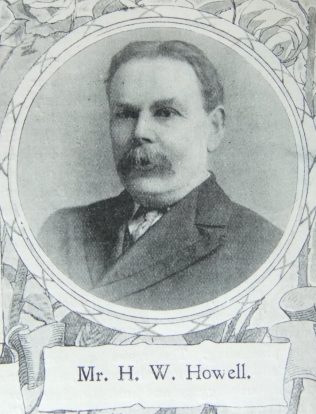 Mr. Henry W. Howell, for five years the esteemed Steward of the Cambridge 2nd Circuit, was born at Burnham Thorpe in 1854. His parents were good Methodists and both father and grandfather were members of the Society before the Chapel was built, when the meetings were held in a cottage. When the present building was erected he was one of the first scholars in the Sunday School then begun. He was converted at Foxley on the Briston Circuit in 1873 under the ministry of the late Rev. W.H. Meadows. He was married in the Primitive Methodist Chapel at Fakenham and in Mrs. Howell he has a loving and devoted wife. His son Harry is organist at the Tabernacle, and with marked ability fulfils his duties. Mr. Howell is also a local preacher, and formerly served as Society Steward at the Tabernacle for nearly three years.