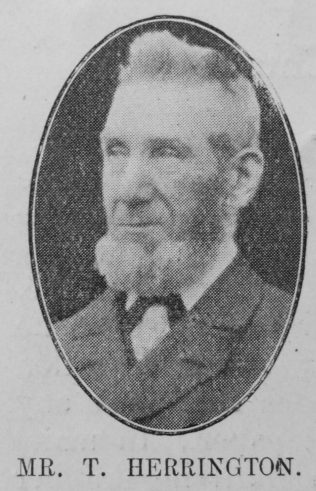 Transcription of Obituary published in the Primitive Methodist Magazine by H.R.D.

His parents were devoted members of our church, and when there was no other site available for a chapel in his native village his father willingly gave consent for it to be erected in his garden. The subject of our sketch became a member in his earliest years, and when he removed to Okeford-Fitzpaine at once allied himself with our church there.

He was for twelve years a teacher in its Sunday School, and took a leading part in starting a Band of Hope in the village. Though not a local preacher yet he had gifts of no mean order, and when there was a disappointment in the appointed preacher he would conduct the service and offer able expositions of the Scripture. In all local affairs he took a deep and practical interest.

His death was a surprise and a shock to all, for although he had been obliged to keep his bed as a result of a chill, yet he appeared to be recovering, but a sudden recurrence of illness carried him off in a few moments, and he went to be “with Christ.”

The funeral ceremony was an impressive demonstration of the esteem in which he was held, and great sympathy is felt for his widow and son. His home was always open to the ministry, and many letters of sympathy were received from some who had travelled the circuit and shared his hospitality.

One wrote: “He was cheerful, loyal, constant, hospitable, and attentive to the means of grace, he will be sadly missed.”

Another: “He was kind and true-hearted, tender and true in disposition, strong and virile in character; he drew one’s affection and regard.”

Yet another: “I held him in high respect, I looked upon him as a man with a very kind heart, large sympathies, studious, thoughtful, and true to his religious convictions.”

We miss him greatly, but the fragrance of his character is still gracious in our midst, and by it “he being dead yet speaketh.”