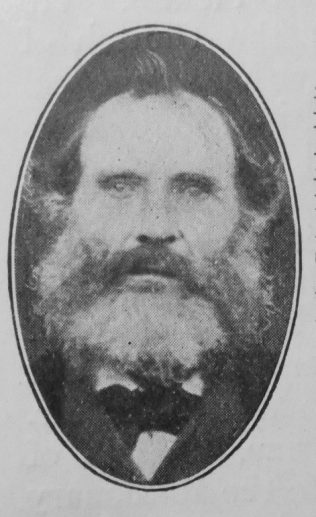 The Cowburn Society in the Haltwhistle Circuit has suffered a great loss in the death of Mr. John Heslop, of Cowburn Shield. The end came with startling suddenness. During a service conducted by the Rev. George Armstrong in the Cowburn Chapel, on Sunday, August 2nd, 1908, Brother Heslop was seized with a stroke, and on Friday, August 7th, he passed to the Higher Service. Though conscious at times, he was unable to utter a word after the terrible seizure.

Brother Heslop was in his seventy-fourth year, and was born at Edges Green within a short distance of the place in which he died. He was a typical Northumbrian farmer, built upon a large scale; tall, broad-shouldered and erect, he attracted attention. Though naturally of a modest and retiring disposition, whenever the necessity arose for asserting his convictions John Heslop never disappointed. His name was a synonym for honesty. His integrity was beyond suspicion.

Our brother’s membership dates from the fifties of last century. For over thirty years he was society steward, and also treasurer to the trustees at Cowburn. This little church, situated some four miles north of Haltwhistle, was a sacred spot to Brother Heslop. He worked hard for it and he gave generously in support of it. His home was ever open to Primitive Methodists. For many years it was no uncommon sight to see a dozen or more go to the Cowburn Shield for tea on a Sunday afternoon, the congregation being a scattered one. But all were welcome, and both the host and hostess were happy to entertain them. We shall greatly miss our brother. His place will be difficult to fill. But we thank God for his long and faithful service and pray that upon his only child—a fine, promising young man—there may come the Spirit of the Father. We commend to the loving care of the Great Comforter the widow and son, and trust that they will be sustained in this time of loneliness and sorrow.

John was baptised on 12 January 1834 at Haltwhistle, Northumberland. His parents were Thomas and Barbara.

He married Ann Wilkinson (1831-1886) in the summer of 1872 in the Haltwhistle Registration District, Northumberland.

He married Mary Jane Davison (abt1855-1926) in late 1887 in the Haltwhistle Registration District. Census returns identify one child.