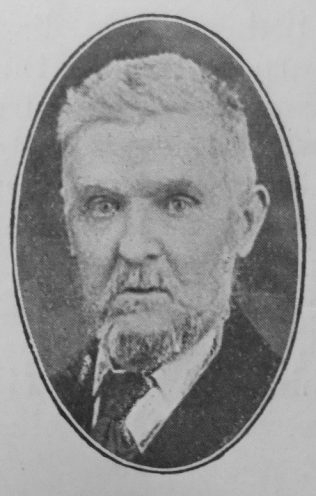 Transcription of obituary published in the Primitive Methodist Magazine by J. Toyn

By the death of Bro. John Hill the whole of Guisborough Circuit mourns the loss of a most devoted and loyal worker. For over thirty years he was a diligent and  faithful local preacher, a successful class leader for many years, and in other departments rendered noble service. Underneath a seeming sternness was a large fund of humour, a most kindly heart and a loving spirit. He was the friend of the poor and needy, but as he gave anonymously few knew how much he accomplished in this direction. A good husband and loving father it was a great joy to him to know that so many of his family were followers of the Lord. For the last four years of his life he was laid aside with a painful illness, but right to the end maintained the keenest interest in the welfare of Zion.

The Rev. C. G. Tetley writes:— “While I travelled in the Guisborough Circuit I got to esteem Brother John Hill. He possessed many solid qualities, and by no means a small share of good common sense. He was a foe to affectation and fuss and had an abhorrence of what he called ‘set off’ There is no doubt that ever since his conversion he sought to serve God and His cause to the best of his ability. He had a long and trying illness before the end came, but the grace of Christ sustained him and he died in hope. He felt that he was a great debtor to Divine grace, and he never forgot to acknowledge it by word and deed.”

The funeral on November 19th, 1907, was the first held in our new church, and was largely attended by friends from all parts of the circuit and was conducted by Revs. C.G. Tetley and J. Toyn.

We regret to say that in April, 1908, the son and namesake of our departed friend, a young Christian of great promise, at the early age of twenty-eight years, after a few days’ illness, passed to join his father in the Homeland.

We pray that Divine sympathy and consolation may be granted to the members of this doubly bereaved family.

John was baptised on 19 May 1839 at Ludford Wesleyan Chapel, Lincolnshire. His parents were Benjamin, who worked the land, and Charlotte.

John worked as an ironstone miner.

He married Mary Ann Moyle (b abt1851) in the summer of 1869 in the Pickering Registration District, Yorkshire. Census returns identify eleven of twelve children.