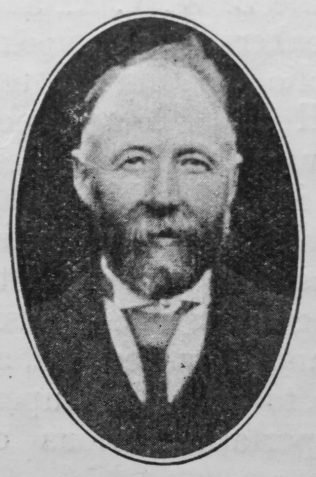 On December 26th 1907, at the comparatively early age of fifty-four years, our dear brother passed from this life to the “Better Land.” For many years he suffered from asthma, but was able to attend to his business and engage in the work he loved so well in connection with the Sunday School and Temperance Society at Swanton Morley, East Dereham Circuit. He had previously resided at Hindringham, where he was superintendent of the Wesleyan School, and at Lenwade, where he was a teacher in the United Methodist Free Church Sunday School.

On coming to live at Swanton he was soon made superintendent, and continued in the office till his death. Thirty-five years ago he with his wife decided for Christ in the Wesleyan Reform Church at Norwich. By dint of great industry and perseverance he rose from a humble position and succeeded in building a good business as a miller and baker, but business never interfered with his devotion to church work. He was greatly beloved by both teachers and scholars, and his death is a heavy loss to the society. During his last affliction he enjoyed much of the Master’s presence.

When praying for help not many days before he died he heard his little daughter singing, “I need Thee, oh, I need Thee,” and tried to join in the song. His need was satisfied. “Never,” he declared, “had he experienced such joy and peace before.” Just before the end he said, ‘‘I am going home.” His widow and six children mourn his departure.

The funeral was largely attended. For him it. was “not death to die.” Faith in Christ delivered him from trouble. His experience was a grand testimony to the all-sufficiency of the grace of God.

William was baptised on 28 August 1853. He was born at Rougham, Norfolk, to mother Rose.

William was a miller, baker and farmer.