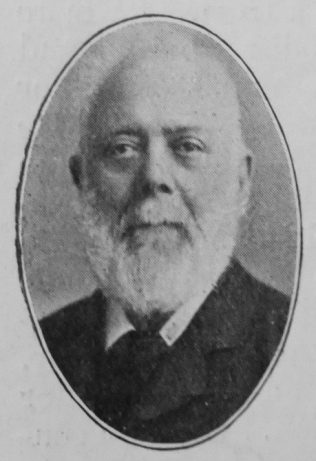 Transcription of obituary published in the Primitive Methodist Magazine by B.A. Barber

Valentine Hindmarch was born at Haggerleases Farm, Co. Durham, in the year 1825.  Converted at the age of twenty he  straightway joined the Primitive Methodist Church, maintaining an unbroken membership throughout a period of over sixty years, during the last fifty of which he also rendered efficient service in the capacity of local preacher. Gifted with a deeply religious temperament he projected his religion into the realm of practical affairs, manifesting its spirit in every phase of his daily life.

In 1863 he was employed as agent for the Stockton and Darlington Railway Company, and shortly after received an additional appointment under the Hartlepool Railway Company. In both positions he won the esteem of his employers, continuing in the same capacity after the above companies were taken over by the North Fastern Railway Company.- He concluded a long and successful term of service in 1898, when he was awarded a well-deserved pension.

As a preacher his sermons bore evidence of the most careful preparation, and though known as a “quiet preacher ” his words were always fraught with much power and blessing. He was one of those choice spirits whose life was filled with “general honest thought and common good to all.” He served his church with unflinching loyalty and supported all her institutions with exemplary generosity.

He has thus earned an honourable place in the long roll of worthies who have done so much to extend the domains of Primitive Methodism in the County of Durham. He died at Bishop Auckland on January 2nd, 1908, in the eighty-third year of his age.

The funeral service was conducted in our Central Church by Revs. B.A. Barber and J. Reed. He was laid to rest in the cemetery at Bishop Auckland in the presence of a large and representative gathering of Christian workers from the surrounding district.

Valentine was born in 1825 at Auckland St Andrew, Co. Durham, to parents Joseph, a farmer, and Mary. He was baptised at Auckland St Helen on 15 August 1825.