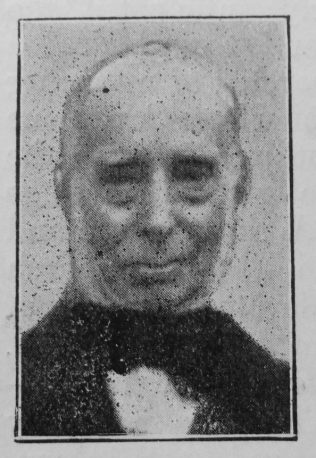 Another link connecting us with the past of Primitive Methodism in Derby has been broken by the’ death of our Brother Hobson, 26th May, 1907. He was born in Hull in 1821 and lost his father when he was only seven years old. To the godly influence of his mother he attributed his conversion while still a boy.

He connected himself with Primitive Methodism after attending a class meeting in a private house in Derby and has rendered invaluable service to our church. Our Kedleston Street and Zion Churches both owe their existence to his initiative and generosity. As class leader, Sunday School teacher, temperance worker and local preacher he rendered yeoman service. As a local preacher he had more than average ability and his services were much in request. In his early days this work entailed long journeys, principally on foot, hunger, persecution and sometimes ill-usage, but inspite of this Brother Hobson stuck to his post and often it happened that he would not be at home one Sunday in the quarter.

He was greatly owned of God in his work and many precious souls will be the crown of his rejoicing. His wife is possessed of the same holy principles as himself and has helped him in all he undertook for God. To her and her three daughters and two sons we tender our sympathy and prayers. His end was peace. We praise God for his uniform, consistent life and his happy death. His name is “as ointment poured forth” and many “rise up to call him blessed.”

I have not been able to identify John’s parents in on-line records.

John earned his living as a rope maker.